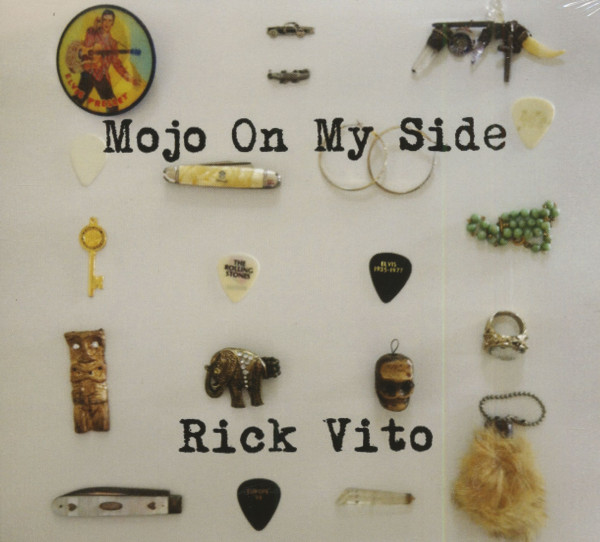 Rick Vito: Mojo On My Side (CD)

(Hypertension) 12 tracks, digisleeve
Rick Vito is without a doubt one of the most expressive American guitarists. Influenced by the early years of Rock'n'Roll, he was especially fascinated by guitarists like Scotty Moore from Elvis Presley's band or Rick Nelson's lead guitarist James Burton.

The classical blues movement, influenced by B. B. King or Earl Hooker, also had a decisive influence on the early playing style of Rick Vito. He also discovered the second blues generation, of which Fleetwood Mac impressed him most.
With his solo albums, the guitarist has also proven himself an outstanding artist in his own name.
His guitar sounds based on Peter Green, as well as his extraordinary approach to his guitar playing - he seamlessly combines slide playing with the flush clear notes - characterize all his works and create a dense blues-rock sound without losing the earthy connection to the blues.

The now available, brand new studio album "Mojo On My Side", is a unique mixture of Blues-Rock elements and elements of 1950s swing music.

The new songs clearly go back to the earlier blues tradition of Fleetwood Mac, inspired by their outstanding guitarist Peter Green. Rick Vito never loses his own musical identity and where he covers Peter Green, he transports the songs to his own musical level.

Article properties: Rick Vito: Mojo On My Side (CD)

Review 0
Read, write and discuss reviews... more
Close menu
Customer evaluation for "Mojo On My Side (CD)"
Write an evaluation
Evaluations will be activated after verification.
Weitere Artikel von Rick Vito
Rick Vito: Mojo on My Side Art-Nr.: CDDGP168 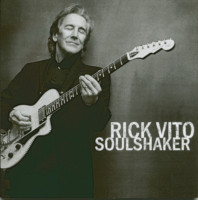