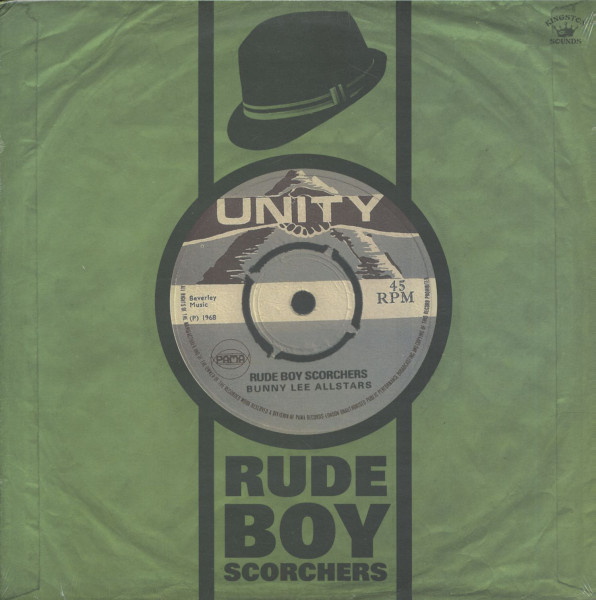 The Rude Boy moniker has its roots firmly set in the downtown districts of Kingston, Jamaica. Alongside the regular Ska/ Rocksteady sounds coming out of the sound systems, there . was an undercurrent theme to some songs that spoke of the struggles of the youth, of their confrontation, arrests and run-ins with the establishment. Some of these songs praised the Rude Boys for their stance and style while other songs were more in contempt with the rude boy's attitudes, comings, goings and violent behaviour. Some of the runnings that did not help their standing with their elders' was that not only did they get employed by sound system operators to help keep their dance safe but also to disrupt competitors dances, a job that also gave them the name dancehall crasher. Where music leads fashion is never far behind and the rude boys were no exception. The look favoured, sharp suits, thin ties, pork pie or Trilby hats and stylish shoes.

The British not only took on the music, but also the look of the rude boy as the styles moved between the Mod look and also the American jazz and soul influences of the time. This 60's style made a comeback in the United Kingdom with the Mod / Two Tone revival. Bands like The Specials showed their love of the Jamaican music, which heavily influenced their first album even seeing them covering some of the Jamaican classics like 'Monkey Man' and 'A Message To You Rudy'. - For this release we have put together a set of tunes that the Jamaican rude boys would have been listening to at the sound systems on the lawns and street corners. Not only the more obvious rude boy tunes like 'Gunmen Coming To Town', 'Dreader than Dread', 'Moon Hop' but also some of the tunes that made the sound systms rock weill into the night. Hope you enjoy the set ...