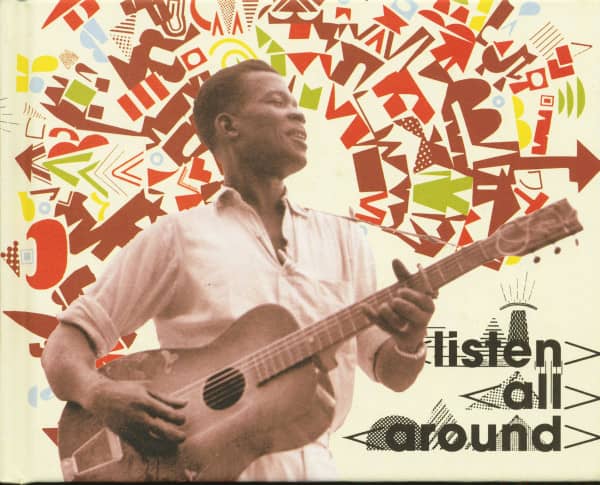 Please inform me as soon as the product is available again.
$42.32 *

(Dust to Digital) 47 Tracks - 2 CDs, 88 page hardcover book in landscape format plus download code - Legendary ethnomusicologist and field-recording pioneer, Hugh Tracey founded the International Library of African Music (ILAM) in 1954. Today, ILAM preserves thousands of historical recordings and has become the greatest repository of African music in the world. Dust-to-Digital is excited to partner with ILAM to present »Listen All Around« – a compilation of newly-transferred and remastered recordings that Hugh Tracey made between 1950-1958. The recordings presented here were made in central and eastern Africa – specifically, the Belgian Congo (now the Democratic Republic of the Congo), Kenya, Tanganyika and Zanzibar (now Tanzania). The genre of music Tracey documented, and the focus of this double album and book is rumba and its variations – Congolese rumba, dansi and benga. The recordings, photographs and detailed liner notes included in this set provide a rich point of immersion.