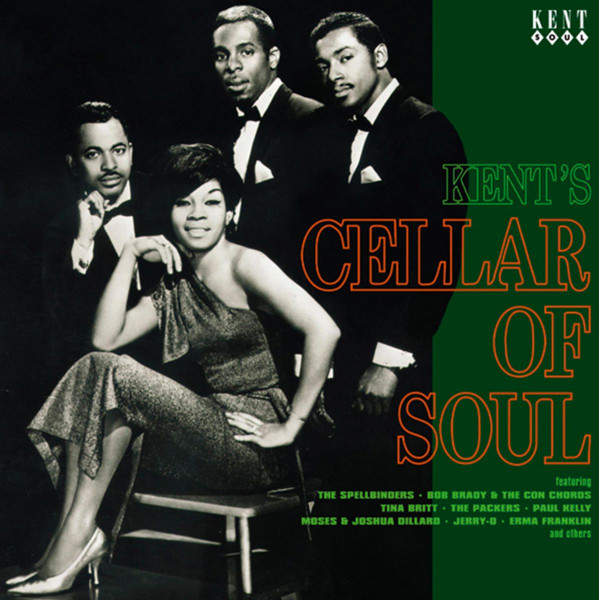 (2003/ACE) 26 tracks with 16 page booklet.
Club and turntable hits from the golden age of American soul music. Reissued in the tradition of the great 60s compilation LPs.
Back in the 60s when I'd just got to hear about Motown, Stax and Atlantic, there were people working in London record companies who had long since discovered those sources of great music and were moving on and looking at labels such as Goldwax, Dial, Minit and Money. They had made it to their positions of musical power through a combination of knowledge, enthusiasm and luck-.-all stemming from their love of the new black American music that was reaching their ears through their privileged jobs. Support came from the information flow from like-minded collectors across the country and from journalists of the calibre of Dave Godin at Blues & Soul and Norman Jopling at Record Mirror. Music lovers like Derek Everett at Stateside, Trevor Churchill at Bell, Guy Stevens at Sue, Alan Warner at UA and John Abbey at Action were trying to get hits for their companies but undoubtedly their private passion would have influenced several of the releases. I sometimes wonder when confronted with a particularly out of left field" UK release, whether the missionary zeal of the hirelings was used to impress or appease fellow collectors and did their comfy jobs ever go on the line to get a particular favourite on to the pressing plant machines? "

These thoughts are particularly appropriate for Kent's latest CD release as 23 of the 26 US 45s featured on it were also issued here in the UK and I doubt if one of them ever charted. Several of those I'm sure would have given the label managers anxious moments when the sales figures were discussed with their bosses. So it is as a tribute to the early soul collecting pioneers that we've compiled KENT'S CELLAR OF SOUL, named in fact after the ground breaking LPs that co-compiler Trevor Churchill issued for Bell in the 60s.

A most dramatic of intros heralds Rodger Collins' 1967 mover She's Looking Good-.-it's earthy, obvious and straight to the lower body, music that has the power of life flowing through it. Moses & Joshua's My Elusive Dreams and Homer Banks' A Lot Of Love are hewn from the same tree-.-they have a tough approach like a lot of Southern Soul songs but in truth are more typical, mainstream soul of the late 60s.

The next batch of three songs, the Spellbinders' Chain Reaction, Bettye Swann's Make Me Yours and the Intruders' Cowboys To Girls are more sophisticated in their productions with Van McCoy, Arthur Wright and Gamble & Huff at the controls. Indeed the latter two were R&B #1s on the Billboard charts, but that would not have given them any extra chance of making the UK charts in those days. Ironically the Spellbinders' song had two UK releases, showing how it was the power of the record buying dancers that often dictated which releases came out over here.

Trevor Churchill had extra scope for obscure releases with his BELL'S CELLAR OF SOUL series of LPs. Esoteric tracks could be sneaked in and there was probably less pressure from above over LP sales. That's how Brooks O'Dell's You Better Make Up Your Mind came out over here-.-its black, orchestral drama would have surely been too subtle for teenagers brought up on Memphis and Motown dance classics. I can guarantee that it would have gone over my head, had I heard it back then. Whereas Jerryo's Karate Boogaloo was right up my intellectual alley, plenty of sock it to me"s and "oom gow-wow"s along with sexy girls in the background and a beat that really does grab the feet.

The other burning musical question in the 60s apart from "Can white men play the blues?" was "Can an instrumental be soulful?" This CD features two great examples of the soul instrumental genre, the Packers' Hole In The Wall and Beau Dollar & The Coins' Soul Serenade. The Packers were probably one of the greatest groupings of soul instrumentalists ever, heralding from Memphis, rather than the LA of the record's release, and the music was very much in the infectious Ramsey Lewis' mid-60s style that just oozed soul. The funky background crowd noises all added to the general hip feel. Beau Dollar's single may have been produced and inspired by a white Cincinnati guitar hero, but the guys got the feel of King Curtis' 1964 hit Soul Serenade just right for its 1966 soul loving audience. So much so that it became the theme tune for the UK's main black music radio show.

Other highlights on the CD include Tina Britt's splendidly vivacious The Real Thing-.-very much of its time, but a delight to listen to now nonetheless. The melodic, gentle side of Chicago soul is shown by the Steelers, whose Get It From The Bottom was massive in the Windy City but probably appealed only to die-hards in the UK's smoggy and foggy ones. Similarly classy in the vocal department is the Detroit soul of the Falcons' (I'm A Fool) I Must Love You. White singer Bob Brady could certainly deliver a good Smokey Robinson-style vocal on Everybody's Going To The Love-In, a much better choice of material for him than trying to find out if he could sing the blues. And it has a period piece title to boot! Danny White gives us the greatest Memphis soul recording to come out of New York and the Dreamlovers show us what big Philly pop-soul harmonies are all about.

All the tracks are very strong soul numbers, only space precludes me from mentioning them all. We've even thrown in a couple of smoochers at the end to help you really re-live those halcyon days when it was all so new and uncharted.