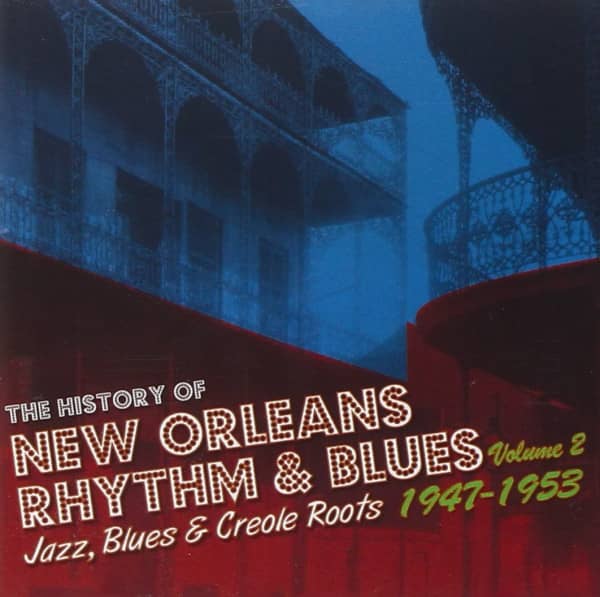 (Jazz, Blues & Creole Roots 1922-1947)! More than any other city has the New Orleans sound of pop music in the 20th
Century marked. To generalize this statement may be, as the birthplace of jazz, funk and probably Rock'n'Roll, New Orleans is unrivaled.
All three varieties of music based on the Second Line parade drumming. The beat pattern combine military march and Caribbean rhythms and underpin the early recordings of Louis Armstrong as well as Little Richard and James Brown.
This compilation highlights some of the main features in the early recordings of New Orleans.
The goal is not to filter out the best jazz and blues recordings of the city, but emphasize varieties that can already imagine the future developments of the Rhythm'n'Blues here