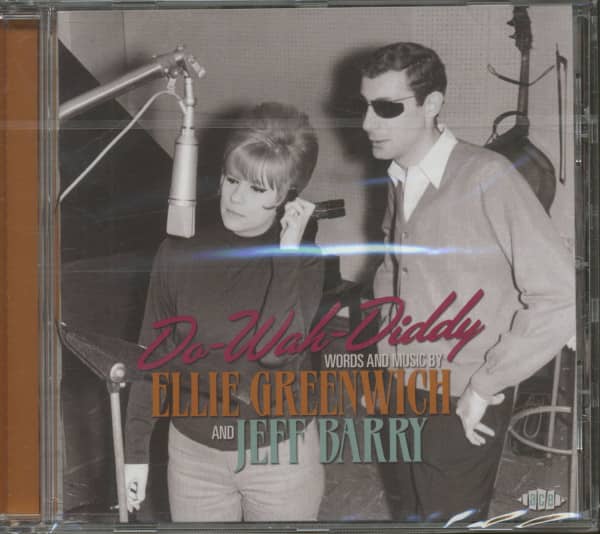 “Turn the dial, push a button, click the mouse. Go to the movies or a restaurant, ride the subway or visit the mall. Throughout America (and a good bit of the rest of the world), chances are it won’t be long before you hear a song composed by a remarkable group of songwriters who huddled in cubicles within a couple of blocks of each other in midtown Manhattan in the late 1950s and early 60s.” – Ken Emerson, 2005
This quote is from the book Always Magic In The Air: The Bomp And Brilliance Of The Brill Building Era, which chronicles the careers of the songwriting teams Leiber and Stoller, Pomus and Shuman, Bacharach and David, Sedaka and Greenfield, Goffin and King, Mann and Weil and Greenwich and Barry. Without realising it, over the last few years we at Ace Records have released collections of the work of several of those partnerships, and more will follow. While it was never our intention to do so, in time it’s possible we might even complete the set. Meanwhile, it’s the turn of Ellie Greenwich and Jeff Barry, who reigned as the Brill Building’s most successful songwriting team from 1963 to 1965.
It was with Greenwich and Barry that Phil Spector co-wrote many of his most famous songs. Spector’s Philles catalogue is famously out of bounds to compilations such as ours. No worries; we’ve got the Beach Boys’ hit version of ‘I Can Hear Music’, Nilsson’s great take on ‘River Deep - Mountain High’ from his first album and a mega-rare version of the Crystals’ ‘Little Boy’ by obscure Jack Nitzsche protégée Karen Verros instead.
Other new-to-CD gems include ‘Hanky Panky’ by R&B girl group the Summits (the first version to be released as a single), ‘What Have You Been Doin’’ by the Majors (imagine a black Lou Christie), the Neil Diamond-esque ‘True True Love’ by Tony Pass (aka doo wopper Tony Passalacqua) and ‘Every Little Beat’ by the Fleetwoods.
After their initial golden run with Spector, Ellie and Jeff went on to even greater success at Red Bird, where they wrote and produced an incredible string of hits, represented here by cherry-picked classics by the Shangri-Las, the Dixie Cups, the Jelly Beans and the Butterflys … all in stereo, by the way.
Our Mann and Weil compilation will be released in the not too distant future. That will leave only Sedaka and Greenfield from Ken Emerson’s book without an Ace CD. (Thinks)
BY MICK PATRICK

$20.13
Do-Wah-Diddy - Words And Music By Ellie Greenwich And Jeff Barry