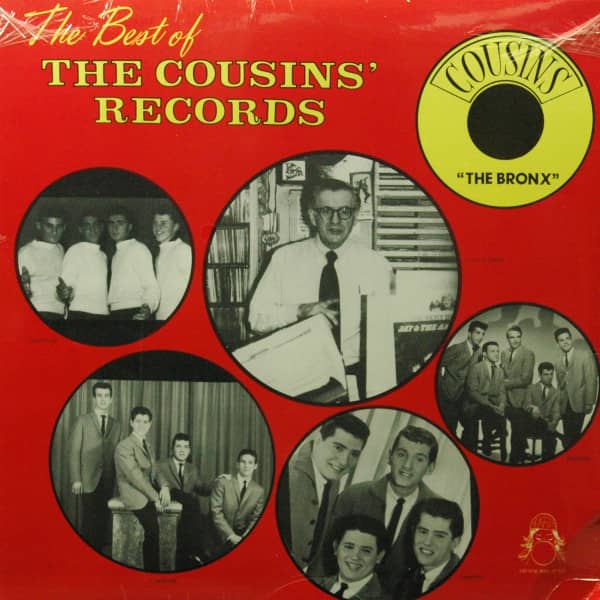 Lou Cicchetti owned a record store in the Bronx which was frequented by many local neighborhood groups (Dion/Belmonts, Earls, Consorts). These groups wanted Lou to record the songs they were singing on the street corner and help propell them to stardom.

It was the demo of Barbara Ann which Mr. Cicchetti released on his label Cousins (coined after his record shop) that brought him into the public eye of the American record buying teenager. The record eventually sold to ”Gee”, became a monster hit in 1961 for the Regents and again in 1965 for The Beachboys.

Lou's faith in the material he was producing was so strong that almost every time he was ready to release a master, if he had difficulty placing it with a record label, he would release it on Cousins and soon a major label would eventually lease the product based on its local sales and strong teenager appeal.

Lou has earned himself a place with other great producers such as Ernie Maresca, also of the Bronx, The Jerome Brothers of Brooklyn, and Hy Weiss of Old Town Records, all of whom left their mark as independents during the early 60's.

Here are all the important Cousins Releases which today command high prices to the record collector. Sit back and enjoy the sound that helped put the Bronx on the map for the record buying public.

Notes: The Original Camerons were blind, black youths not to be confused with the "Guardian Angel”. Camerons who went on to record as the Demiles and Glen Stuart Chorus.
Guy Villari's solo release (Guy was and is today a member of The Regents) "Mashed Potato Mary” had vocal backing by Judy Clay and Dionne and DeeDee Warwick. For a complete history of Lou Cicchetti, his music and groups, pick up a copy of "White and Still All Right", the only book on White DooWop Groups available from Crystal Ball Records. - Featuring Randy/Rainbows, Regents, Earls, to just mention a few.