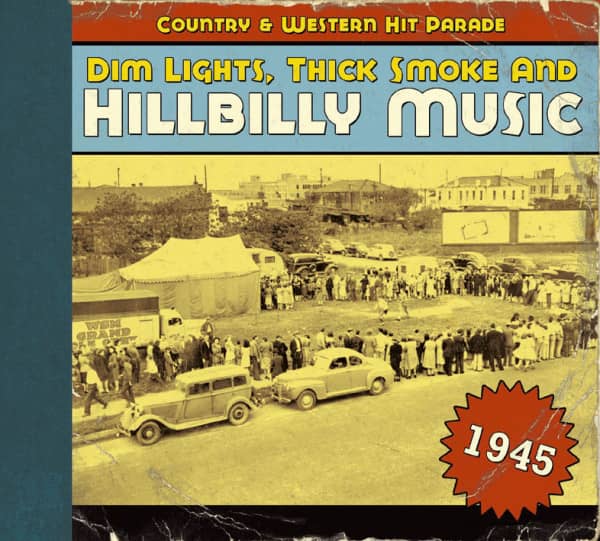 It was a cataclysmic year. As 1945 dawned, the Second World War was still ongoing in Europe and Asia, yet by year's end, it was over. Many musicians were in uniform, and even those that had avoided the draft saw their activities curtailed by gasoline and tire rationing. The record business was in deep turmoil, too. In March and April 1942, the War Production Board prohibited the manufacture of all phonographs and radios. At the same time, shellac (the key ingredient in manufacturing records), was reserved for munitions. Record companies could only manufacture to 1940 levels (around 50 million units) using mostly reground records. And then, on August 1, 1942, the American Federation of Musicians called a strike against recording and transcription companies (transcriptions were syndicated radio shows featuring major artists that went out on discs to subscriber stations). Decca settled with the union on September 30, 1943, but Columbia and RCA Victor held out until November 11, 1944. Columbia and RCA Victor had been pressuring President Roosevelt to end the ban on anti-trust grounds, and only capitulated when the War Production Board lifted some restrictions on record manufacture. Decca was already recording new songs that RCA and Columbia couldn't touch, and the two older companies were concerned that increased pressing capacity and newer songs would catapult Decca to the top spot.

As shellac became available again, the field opened up to independent labels. Capitol had been incorporated on April 8, 1942 and launched on June 12, just weeks before the ban started. Running out of repertoire, Capitol settled with the union in September 1943. A few other labels had started during the war (we have recordings from ARA Records that started in 1943, and National Records in 1944), but the floodgate opened in 1945. One hundred and three companies registered with the AFM as record manufacturers, and some of the parent companies were big players. In February, Majestic Radio & Television launched a record division with former New York mayor, Jimmy Walker, as president. Mercury Records (co-owned by Irving Green, the son of Albert Green who owned National) was launched in October, and MGM Pictures announced plans to start a label. The majors were still very much in control, though. Sales in 1945 totalled $89 million equating to 350 million 78 RPM records, and all but 50 million of those were produced by the big three.

Country music recordings were controlled by very few men. At RCA, Steve Sholes took over after Frank Walker left to start MGM Records. At Columbia, all specialty recordings were made by Art Satherley, who was based in California but spent most of the year on the road. At Decca, Paul Cohen was taking over from Dave Kapp, while Capitol's country releases were A&R'd by Lee Gillette. None of these country A&R men was southern, although Satherley liked to point out that he was from southwest England.

Seeing that the majors were concentrating upon pop, the independent labels largely focused on country and R&B. To promote their records, they serviced small 250-watt stations that couldn't afford to subscribe to the transcription services, like World and C.P. MacGregor. There were only a few independent distributors at war's end, so most indies could only hope for local sales, especially as the majors would cover fast-breaking indie tunes. If the indie owned the music publishing, it would benefit from a major label cover version, if not, it was well and truly scooped.

The reviews are in and everyone from Australia to Los Angeles to London is raving about Bear Family’s definitive year-by-year country series. Starting in 1945, DIM LIGHTS, THICK SMOKE, AND HILLBILLY MUSIC (COUNTRY & WESTERN HIT PARADE) tells the real story of country music record-by-record. The hits are here, but so are groundbreaking records that went nowhere at the time. This is the true and uncensored history of country music. Everything you need to hear, year-by-year. Stars like Hank Williams, Bob Wills, Eddy Arnold, Ray Price, and Hank Snow are here, but so are beerhall legends like Eddie Noack and Sonny Burns, and roots music mavens like Charlie Feathers and the Stanley Brothers, as well as overlooked giants like Carl Belew and Floyd Tillman. You’ll also hear the incredible original versions of songs like Duelin’ Banjos, Release Me, Lonely Street, and many more!  Every CD is full to the brim with great music, and they’re all individually packaged in hardcover 72-page books by Colin Escott that tell the story of every song as well as the broader music history of the time. Fabulous photos, original record labels, and period advertisements round out the packages.

Bear Family began its journey into year-by-year anthologies with its groundbreaking and award-winning BLOWIN’ THE FUSE/SWEET SOUL MUSIC series that tells the story of R&B from 1945-1970. Look for the series to continue into the Funk era. And look for a year-by-year Rock ‘n’ Roll anthology coming soon.

# After the volumes covering 1945-1955 were released, the word was out. This series is definitive, fabulously packaged, and faultlessly remastered! Everything you'd expect from Bear Family…and more!

# Jack Clement, who produced Johnny Cash, Roy Orbison, Waylon Jennings, Don Williams, and many others, said, "This is the best country series of all time. No doubt. No question." Robert Hilburn in the 'Los Angeles Times'said, "An invaluable album project…enables fans to step back in time and listen to the radio just like Elvis Presley, Ray Charles, and Bob Dylan did."

# Now the story continues from 1956 until 1960. Every CD is generously full. Every booklet is extensive and chocked full of rare photos and illustrations, as well as complete stories behind the songs!

# In addition to the hits, the series contains rarities that went on to influence country music…and all music…in the years ahead, like Wanda Jackson's original version of Silver Threads And Golden Needles, Carl Belew's original Lonely Street, and Chet Atkins' influential Walk, Don't Run.

# This series is designed to introduce new listeners to the very best that country music has to offer… while keeping longtime fans entertained. Every volume is a fabulous time capsule. For many years, we'd received requests to do a truly definitive country series, but it wasn't until the success of our year-by-year R&B/Soul series, 'Blowin' The Fuse' (now 'Sweet Soul Music' and soon to be continued into the Funk era) that we decided we needed to do something comparable for country music. The first volumes of 'Dim Lights, Thick Smoke And Hillbilly Music' took us from 1945-1955, and now the story continues into the era of the Nashville Sound.

The series has been compiled with today's fans in mind. Sure, the big hits are there, but so are the classic performances that weren't necessarily hits at the time, but became influential in the years ahead. Every volume has incredibly detailed behind-the-scenes stories, fabulously rare photos, and an ongoing history of country music set against the backdrop of the broader American music business. The booklets alone are 72 pages! Definitive? You bet!

Superlatives are often overused, but we feel that this series is part of our mission to bring this incredible music to new fans ... as well as entertaining older fans. We pick up the story in 1956....just as country music was coming to terms with the upset of rock 'n' roll!

And, keeping in the spirit of the releases, some of the artists' listings are as they originally appeared - like Jim Edward and Maxine Brown and Bonnie, Wayne Raney - Raney Family (Wayne, Wanda and Zyndall) and Marty Robbins with Ray Conniff -  while the cd in each set is stored in a reproduction of a 45 rpm record label bag appropriate to that year.

Country music author and historian Colin Escott is responsible for these remarkable releases, an obvious labour of love that has taken considerable research effort, offering a valuable insight into the development of country music over the years. Many of country music's foremost entertainers are included alongside others who may have only earned a place in the footnotes of country music history, but all present a variety of voices and differing musical styles that have virtually disappeared, over half a century later, in contemporary country music's conveyor belt output. The songs were also different back then: sometimes relating to current events, they also regularly centred upon themes like boozin', honky-tonking and slippin' around, now generally considered non-pc in these over sensitive times. 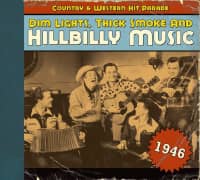 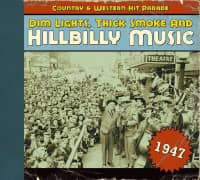 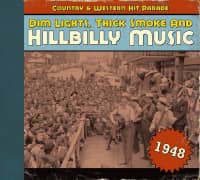