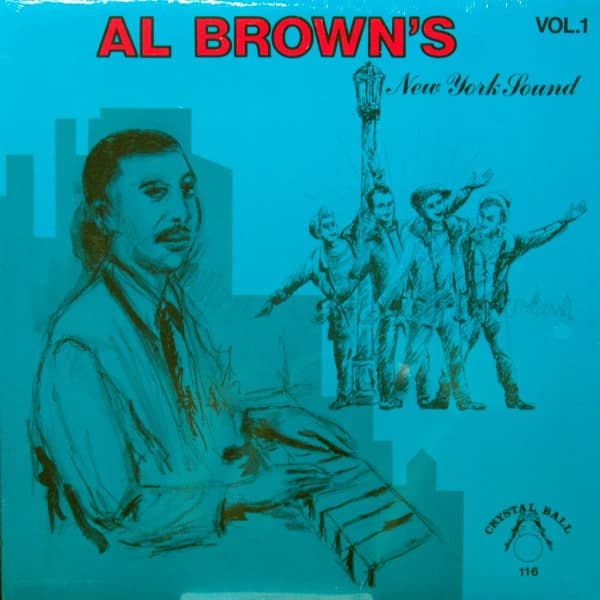 P Secure bonuspoints now
Description
Learn more about Various
Review 0
Description
AL BROWN was released from the Armed Services in 1946. At this time he began to pursue a career... more
Close menu

AL BROWN was released from the Armed Services in 1946. At this time he began to pursue a career in music. After taking many courses and working with single artists and bands, he branched out into the field of group harmony. This was in the middle of 1956 early '57.
,
lt was at this time that his affiliation with Joyce Records began and his memorable (and most suc- cessful) meeting with Johnny Maestro and the Crests took place. Joyce records was a small Company located in the back ofa local Record Shop looking for material for it's Joyce and Peak Labels.

Al had many neighborhood groups under his wing and it would not be unheard of for Al to rent 2 hours .of studio time and bring down 8 - 10 groups. Joyce Records selected many sides of which some never surfaced until now (See Crystal Ball Lp #117 "The Best of Joyce Records”) Al continued to record groups,many of which returned over and over again starting a lasting association and friendship with Al, which prompted him to start his own label “Aljon”. The records he released are very rare, in most cases, today. In the 1970's he began to lease many of his sides to various companies such as Vintage and Relic.

All in all after going over his tapes, their were so many good sides still unreleased, that this album became a necessity. Featured here are many familiar groups such as The Gaytunes and Crescents from the 1957 Joyce era. These sides were done by these groups 4 and 5 years later. Of the 14 sides offered only “Come on Home” was previously released on Al's Aljon Label. Wishing you the Best in listening pleasure from Al Brown and Myself. Ed Engel Crystal Ball Records.