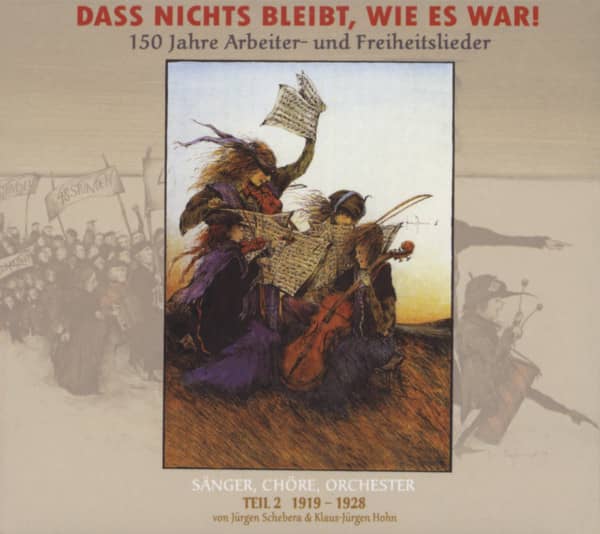 The musical testimonies also reflect the contradictory history of the workers' movement in all its phases.
Songs of the struggle for political rights, for liberation from poverty, misery and exploitation, songs against fascism and war. And finally the songs of the new beginning, as it developed in the two German states after 1945.

Völker hears the fanfare!
Forward and not forgotten, it says in the'Solidarity Song', with which Bertolt Brecht took up and continued the tradition of the old workers' song almost ninety years ago. The song became a hit. Millions made it their anthem:'Forward, never forgotten: solidarity!' But the times were not after that. A little later the Nazis came to power and ensured that the workers' movement was crushed and their songs could no longer be sung.

Historical audio documents
In addition to historical audio documents on this CD album series with 150 years of workers' songs and freedom songs, the most important newer interpreters of the genre can also be heard: from the legendary Ernst Busch to Hannes Wader, Dieter Süverkrüp and Franz Josef Degenhardt. In the booklets you can find the lyrics of all songs. 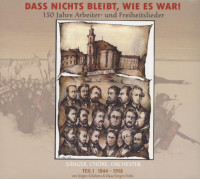 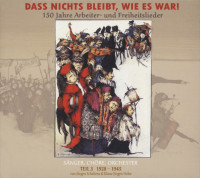 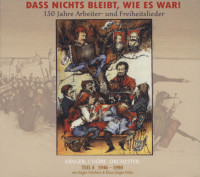