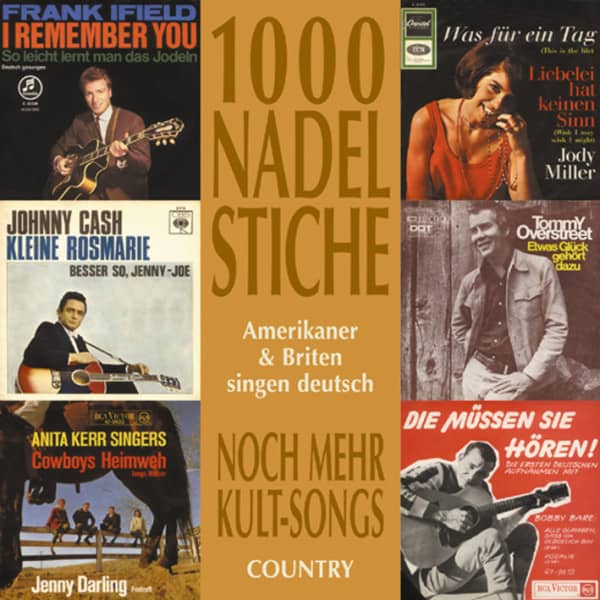 
The reactions to the book '1000 Needlesticks' were - and still are - stunning. But also the accompanying CD of the same name with 31 mixed titles to the entrance into the decades neglected topic was received enthusiastically - 'Americans & Brits sing German' (subtitles), these memorable, in many cases almost forgotten or completely unknown musical pearls met with a hardly to be expected resonance with the fans.

Writing journalists, radio presenters and TV makers also praised the material on offer in their reviews and film contributions; reactions from England, Austria, the USA, Sweden and Spain unanimously tuned in to the local tenor.

After many customers already asked for a sequel when buying the first CD, it was quickly clear: It must simply go on, the present, huge title fund actually offers itself as if by itself.

In order to get a better, i.e. more targeted grip on the extensive material, the CDs from the series '1000 Nadelstiche' will appear stylistically sorted from episode 2 onwards. It is in the nature of things that borderline cases have arisen (and will continue to arise in the future) - such assessments can sometimes differ from each other, but should not disturb further; for what counts first and foremost is the availability of the titles on offer, many of which have been dusting away in the archives for a little eternity.

The first part of the continued retrospective will be performed by artists from the field of 'Country'.

They come from Arkansas, Ohio and North Dakota, Oklahoma and Tennessee, Texas and Arizona. Even a native Englishman, who caused a sensation in Australia, and a Canadian, who obviously liked it better south of the border, joined in: Dedicated to country music as the focus of their artistic work, they were sooner or later all confronted with German lyrics at some point.

Whether Johnny Cash, Willie Nelson or Wanda Jackson - whether Bobby Bare, Frank Ifield, Stu Phillips or Lynn Anderson: Even established top stars, careers with chart listings without end in dry cloths long ago, took the risk (or were quite simply forced to do so by their record companies or managers). They had to learn - not seldom within a few hours - a language that was completely unknown to them until then, if not learn it, but at least be able to give it of themselves, and that also in the form of singing.

Only a few of those affected were able to demonstrate phonetic 'previous training'. A man like Johnny Cash even stood on the sunny side: from his army time from 1951 to 1954 in Landsberg am Lech, a few chunks of German had remained in his memory.

But not infrequently the victims fought with the damned umlaut, or they tormented themselves with the "ch", which could not be found anywhere in the body's own throat.

Wanda Jackson, who flew to Cologne in 1965 to record recordings, was almost driven to white hot by the lessons directly at the microphone, and the big lady of rock 'n' roll and country had the foam on her teeth: Although she had been provided with one of the best language helpers, the producer and lyricist Otto Demler, she nevertheless, according to her own statements, ran out of the studio howling several times before the desired titles were finally immortalized on the tape loop.

Sooner or later, however, all performers ended their attempts 'successfully'. It is quite possible that the thought of 'huppsche Frauleins' like Jenny-Joe and Rosalie, of Renate and Karin, of Rosalie and little Rosmarie could at least give positive wings to the lords of creation.

And even a Willie Nelson had the nerve-racking event behind him, happily rocking his pink sung of - and that was after all only a reddish-brown cow. 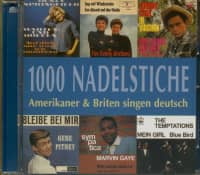