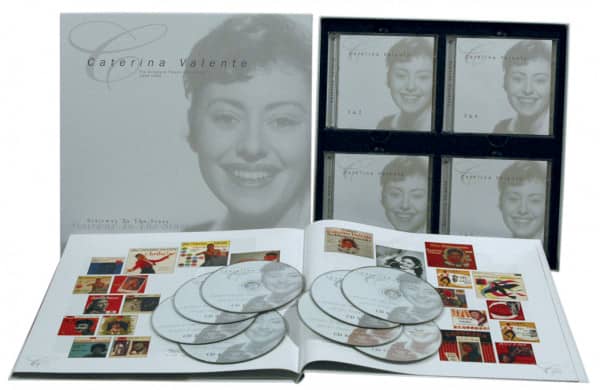 In 1954, Caterina Valente was a star in Germany, but had yet to break through in the English-speaking world. Then her record company had an idea which did not seem to hold much promise at the time, but proved to be the key that unlocked a great and extraordinary career. Her German language recording of Malaguena was released in the United States and became a major hit. The next single, The Breeze And I, became a Top 10 hit in both the United States and England. And so it began.
After several years of success in Europe (hits in Germany, Italy and the Netherlands, numerous TV appearances, as well as concerts at the Olympia Theatre in Paris), Caterina Valente launched her television career in North America with a guest appearance on the Perry Como Show. During the subsequent decades, she established herself as a worldwide recording star, TV star, and concert diva.
This boxed set documents the years between 1954 and 1958 when she recorded for Polydor Records. Here she takes her first steps up the 'Stairway To The Stars'. These 8 CDs not only include her big German hits, such as Cole Porter's I Love Paris, Harry Belafonte's Island In The Sun and all the other chart entries from Germany's 'Schlager-Parade,' but also include all of her early albums, proving once again why they are so highly regarded.
Four complete albums are included: 'Plenty Valente,' recorded in New York with band leader/arranger Sy Oliver, who had worked with such luminaries as Tommy Dorsey, Frank Sinatra and Billie Holiday;
'A Toast To The Girls,' recorded with Kurt Edelhagen and his big band, and widely acknowledged as one of the first and most interesting concept albums from the Fifties; and two albums recorded by Caterina with her brother Silvio Francesco, featuring just their voices and guitars. The latter two albums are works of stilling beauty and simplicity that have endured for generations. Another gem deserves to be mentioned: two duets featuring Caterina Valente and Chet Baker. The doomed trumpeter was rarely heard to better advantage than on this pairing.
The set includes an LP-sized hardcover-book with rare photos and a detailed discography. 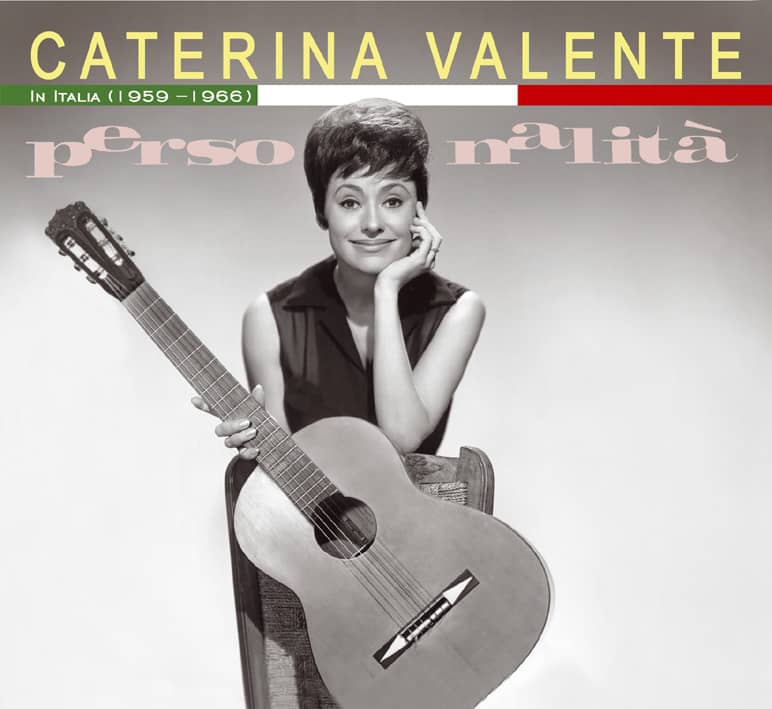 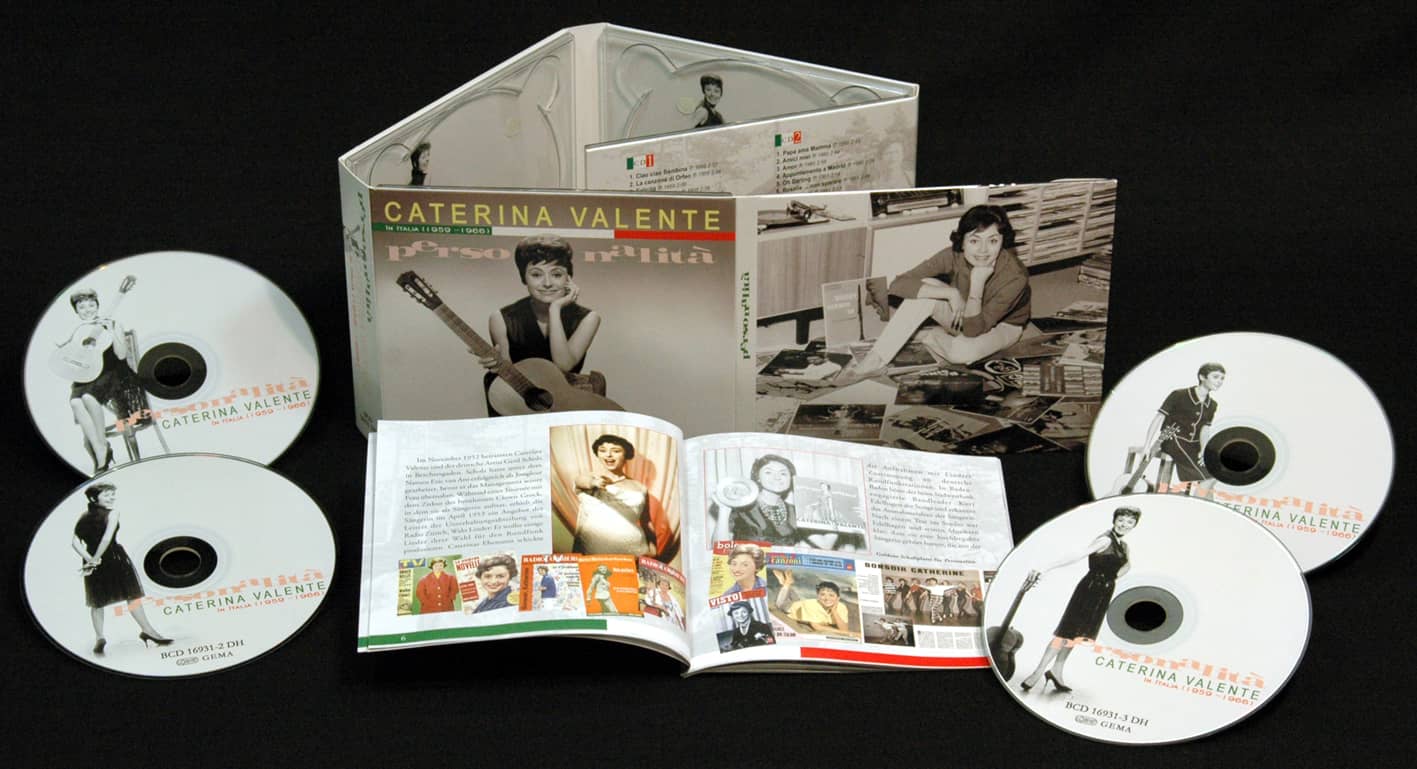 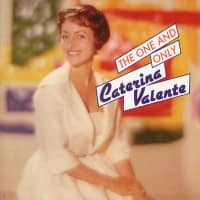 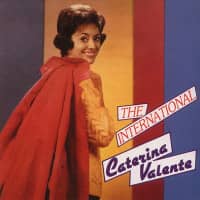