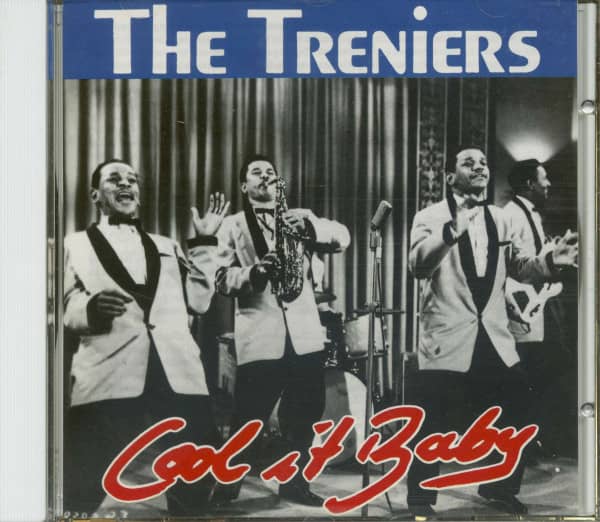 This article is deleted and can no longer be ordered!
Please inform me as soon as the product is available again.
P Secure bonuspoints now
Description
Learn more about The Treniers
Review 0
Description
Putting the Treniers on wax is a bit like recording a tap dancer, or magician - something is... more
Close menu

The Treniers: Cool It Baby

Putting the Treniers on wax is a bit like recording a tap dancer, or magician - something is bound to be lost along the way. More than anything, the Treniers were a visual extravaganza, tailor made for the front-row seats at some theater or auditorium with a big, big stage. If there was any justice in the cos-mos, the Treniers would have come along 30 years later than they did, because music videos would be their natu ral medium.

For over two decades this family band of zanies traveled the country playing the big houses from Philadelphia to Vegas and Los Angeles, laying down the hottest hard rock and rhythm & blues their stunned audiences ever saw, and they were doing it long before anybody called it 'rock & roll'. The nucleus of the Treniers was identical twin brothers Claude and Clifford born on July 14, 1919 in Mobile, Alabama. While attending Alabama State College in 1939, they sang with their own band of collegians, including Gene Gilbeaux on piano and alto saxophone genius Don Hill. Older brother Buddy had already started his career by singing in local Mobile bars. Leaving school in 1941 (Claude likes to say they were thrown out), they took their band with them and began working gigs in Montgomery and Mobile.

By late 1943, Claude had landed a good spot as vocalist with the great Jimmie Lunceford orchestra, replacing mellow-toned Dan Grissom and shar-ing the singing chores with saxophonist Joe Thomas, the star of the organization. Claude did a track at Lunceford's recording session for Decca in February, 1944, but his rendition of Once Too Often was never released. He had better luck with two sides recorded in December, 1944. Both I 'm Gonna See My Baby and That Someone Must Be You were released on Decca 18655. Two months later, Lunceford had picked up the other twin, and Cliff and Claude sang together on record for the first time with B uzz-Buzz-Buzz (Will You Be My Honey), not released until 1949 by Coral as by the Trenier Twins. Don Hill, meanwhile, had landed a gig with Tiny Bradshaw's orchestra and did some recording for Regis/Manor in New Jersey. By 1945 the boys were out of Lunceford's band. Cliff returned to Mobile while Claude stayed in Los Angeles, where he recorded with Barney Bigard and Charlie Mingus. When his two-sided Young Man's Blues with Bigard (originally on Lamplighter) was re-released on Crystalette in 1949, the Billboard reviewer noted that 'Trenier sings cleanly, unexcitedly while an expert little group spotting Eddie Beal' s keyboard creates a deep blues mood.' Hardly the stuff from which musical revolutions are made, but a change was in the air. The night spots of Los Angeles provided plenty of work for Claude, even though the money wasn't as free-flowing as it had been during the war years. By the end of 1946, he had earned a long term gig at the Melody Club, but the post-war recession was drying things up in Los Angeles.

The road was the place to be, and all that he needed was a band. In early 1947, Cliff and old buddies Don I fill and Gene Gilbeaux joined Claude in Los Angeles, which was to be the kickoff point fora nationwide tour. Working as The Treniers With Gene Gilbeaux, they made their way East, where they hit upon a gim-mick that earned them a lot of fans.
'We , the A stage woul did it The mane hard Tom] the n founl chair Berk series man( Billb 'ordi Cour, Wha Tren as an built make Whil was Bab) The' Ain't with mild stage On I Cr001 Red ] the ', temp...

Learn more about The Treniers
The Treniers For more than half a century, the Treniers rocked packed nightclubs from New... more
Close menu
"The Treniers" 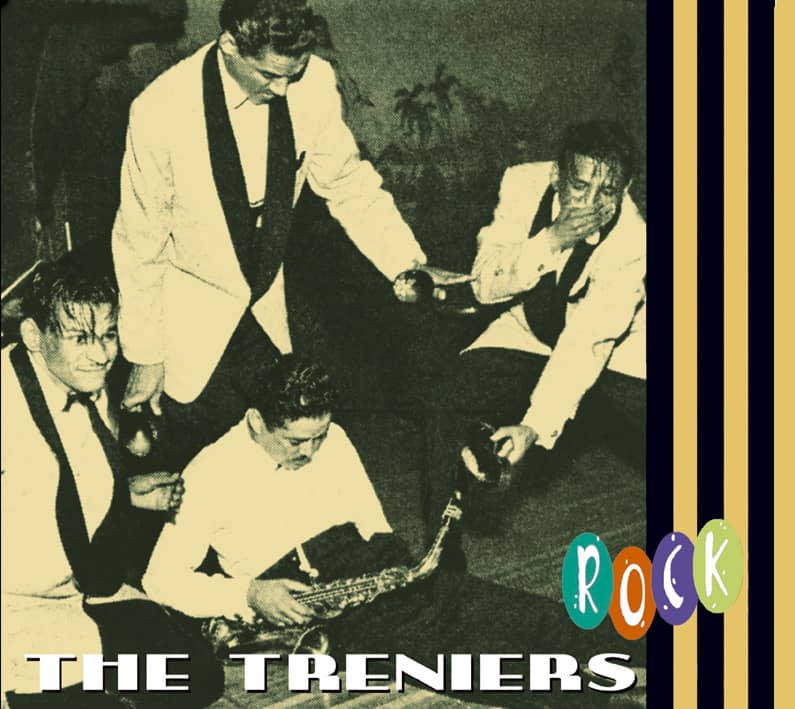 For more than half a century, the Treniers rocked packed nightclubs from New York and Wildwood, New Jersey to Las Vegas and L.A.'s Sunset Strip. Nobody put on a wilder show; it was proud family tradition. Long before rock 'n' roll was officially christened, their hilarious, often improvised antics were as zany and athletic as the genre's primordial era got, though their demographics were anything but teenaged. Were they the rockingest lounge act of all time?

"I'm a little prejudiced. I think they were. I think they were the most copied, too," says Milt Trenier, youngest of the performing brothers. "One reason why we didn't become as popular as some of the recording artists was because our records–-we were doing choreography. We were doing that way before the Temptations and the Four Tops and everybody else." True, their platters couldn't fully capture the eye-popping visual appeal of their live presentation. Yet when the Treniers rocked on record, walls shook and ceilings crumbled.

Identical twins Claude and Cliff were the ringleaders, careening non-stop across the stage as they sang, danced, and cut up with total gleeful abandon, never letting the action cool or allowing their limber legs to stop moving. The Treniers brought R&B and rock 'n' roll to Vegas, their hip brand of jumping jive clicking with adults swilling cool alcoholic libations inside late-night lounges. Their rock-solid combo, anchored by alto sax dynamo Don Hill and bandleading pianist Gene Gilbeaux, kept the red-hot rhythms flowing from dusk 'til dawn and beyond.

Long before Bill Haley & His Comets crashed the national consciousness, a then-unknown Haley crossed paths with the Treniers in Wildwood in 1950. "The first place we worked there was called the Riptide. That's when Bill Haley came in," says Milt. "He said, 'What kind of music are you guys doing?' He was doing what they called country and western at the time. Then he started putting in some of his swing and rhythm into it, sort of similar to what we were doing." Granted, the Treniers weren't Haley's sole bridge from hillbilly to rock 'n' roll. But as Milt adds, "A lot of it was borrowed from the Treniers!"

The Treniers also proved influential to honking saxman Jimmy Cavallo, in all likelihood the East Coast's first Caucasian jump bluesman."My first professional gig on the road was opposite the Treniers, one of the greatest rhythm and blues bands in the business," says Cavallo. "When I opened (at) Wildwood, these were the cats I played with. They were the headliners; I was second to the headliners. There was another act under me. I was out there with them cats, and happy." 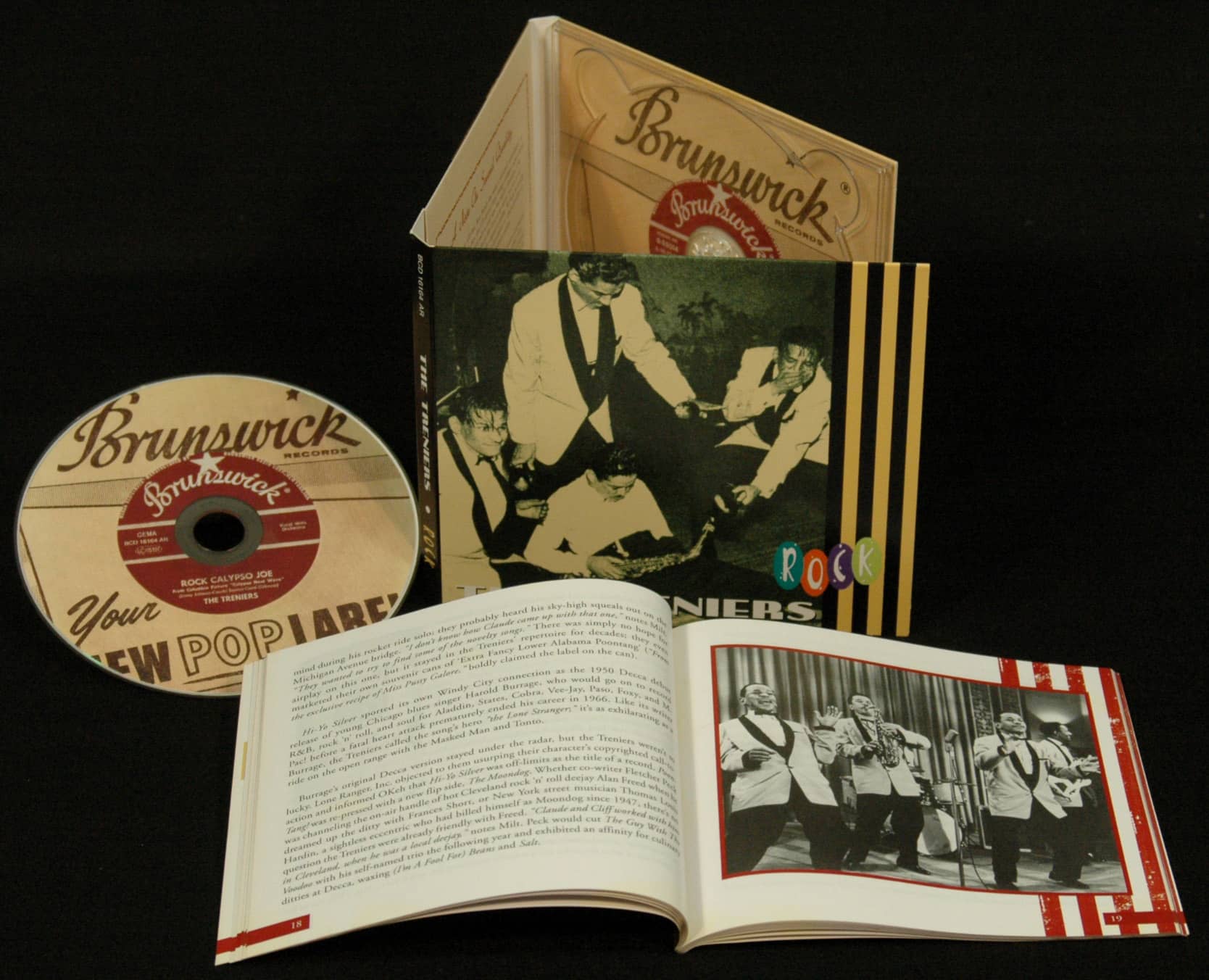 utilizing practically identical instrumentation. "He met us in Wildwood. He was shining shoes in front of the Beachcomber, where we were appearing," says Milt. "So when he actually got his group together and he first went to Vegas, they did every song that we did."

"The Treniers were a heavy influence on me, from Wildwood," said the late Philly-born Bell. "We were all kids, working in Wildwood--sort of a rock 'n' roll resort." Claude and Cliff even gave Freddie anickname that led to his biggest record in 1956. "The Treniers always called me Ding Dong," he said. "And I wrote a song called 'Giddy-Up-A Ding Dong.'

The Treniers were right up there with the Platters and Haley's Comets when it came to appearing in 1950s rock 'n' roll films. They noticeably amped up the energy level in any quickie flick they lip-synched a number in, no doubt a major factor in why they were invited to participate in so many. The group cut a string of sizzling singles for OKeh Records during the first half of the decade that were seminal proto-rock 'n' roll. Yet the chart gods weren't kind: The Treniers somehow only managed one genuine R&B hit, 1951's Go! Go! Go! 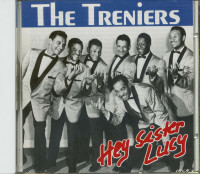 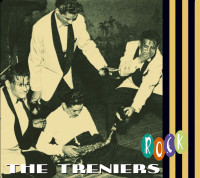 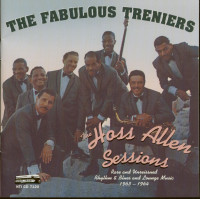 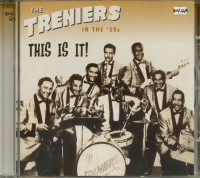