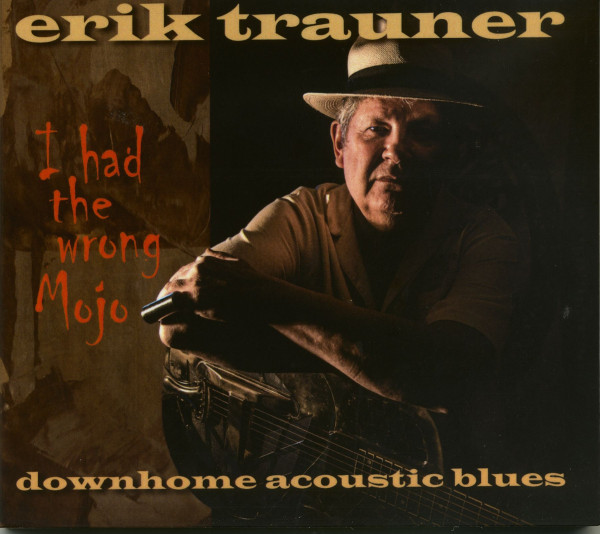 Erik Trauner: I Had The Wrong Mojo (CD)

Born 1958 in Vienna, self-taught. Founded the Mojo Bluesband in 1977. Intensive study of blues music, tours throughout Europe and the USA and finally the collaboration with countless international stars formed his musical skills.

When only one musician takes to the stage with his instrument, it takes a certain intensity to captivate the audience. Exactly this intensity and density can be experienced at Erik Trauner's solo concerts, where he always loves to return to his musical roots; namely the acoustic blues.

. It was the rural blues with its almost inexhaustible wealth of variations that motivated the 16-year-old teenager to pick up the strings himself. His aim was never to imitate the old masters of country blues as closely as possible, but to develop his own style. Erik Trauner has long since found his style and place. But especially in the "supreme discipline", when he reaches for the bottleneck and steel guitar, the passionate musician moves at the highest level. His music is rounded off in an extremely coherent way by his sonorous, unaffected singing. The majority of his repertoire comes from his own pen. In the good tradition of the Bluesmen, Erik Trauner does not miss out on having fun with this wonderful music. In addition to the songs, he offers entertaining entertainment with witty announcements and humorous anecdotes during his solo performances

Article properties: Erik Trauner: I Had The Wrong Mojo (CD) 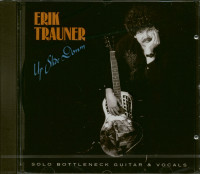