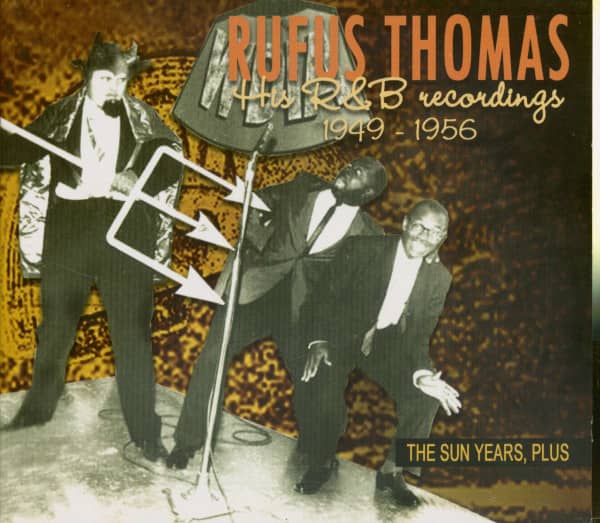 29 tracks including all known surviving recordings from 1949 ' 1956, plus 2 recently discovered sides from his first recording session for Star Talent. All 8 original 78 rpm discs for Star Talent, Bullet, Chess, Sun, and Meteor. Some of these now for the first time ever from the first generation-tape. 3 recordings from the Memphis Recording Service, not originally issued and 2 original versions of songs Rufus Thomas covered (1 by Joe Hill Louis, 1 by Rosco Gordon; previously unissued). You'll also get the original version of Hound Dog by Big Mama Thornton, and 2 bonus recordings by Rufus Thomas' fellow DJ,
Moohah Williams. Extras includce 2 extracts from Rufus Thomas on radio WDIA in the 1950s and a rare radio interview with Daddy Cool. And of course, mastered as only Bear Family can do it. A newly researched 68-page booklet by Martin Hawkins largely based on interviews by himself and Dave Booth, plus rare photos and adverts.

Rufus Thomas was a one-off: a larger than life character who made as great a contribution to the performance and style of American music as he did to the recording of it. He saw it all from black vaudeville to rap... and played a major role in the evolution of African American music. His earlier R&B recordings have been unjustly obscured by his later role in the development of Stax Records and his string of soul hits. But Rufus Thomas was ' though he always played it down ' a damn fine blues and R&B singer in the 1950s. And this is one of the best cross-sections of African American music you'll hear from the period.
Rufus Thomas sings with the Lionel Hampton band, several Memphis R&B dance bands, and with Sun studio session groups. And, in case we forget, he gave Sun Records its first hit, Bear Cat.

Learn more about Rufus Thomas
Rufus Thomas "I'm the only one of its kind."   Louis Armstrong, one of his... more
Close menu
"Rufus Thomas" 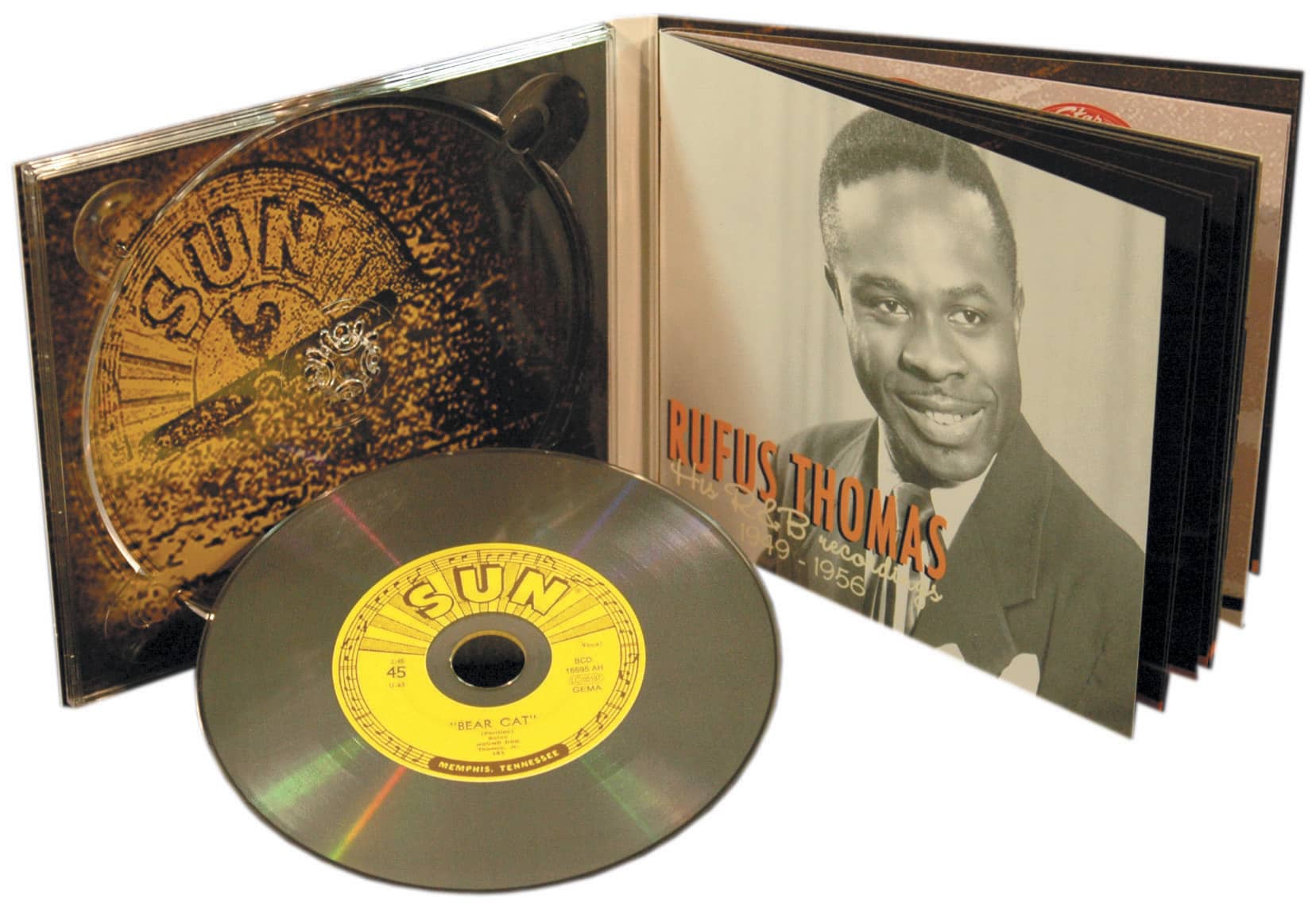 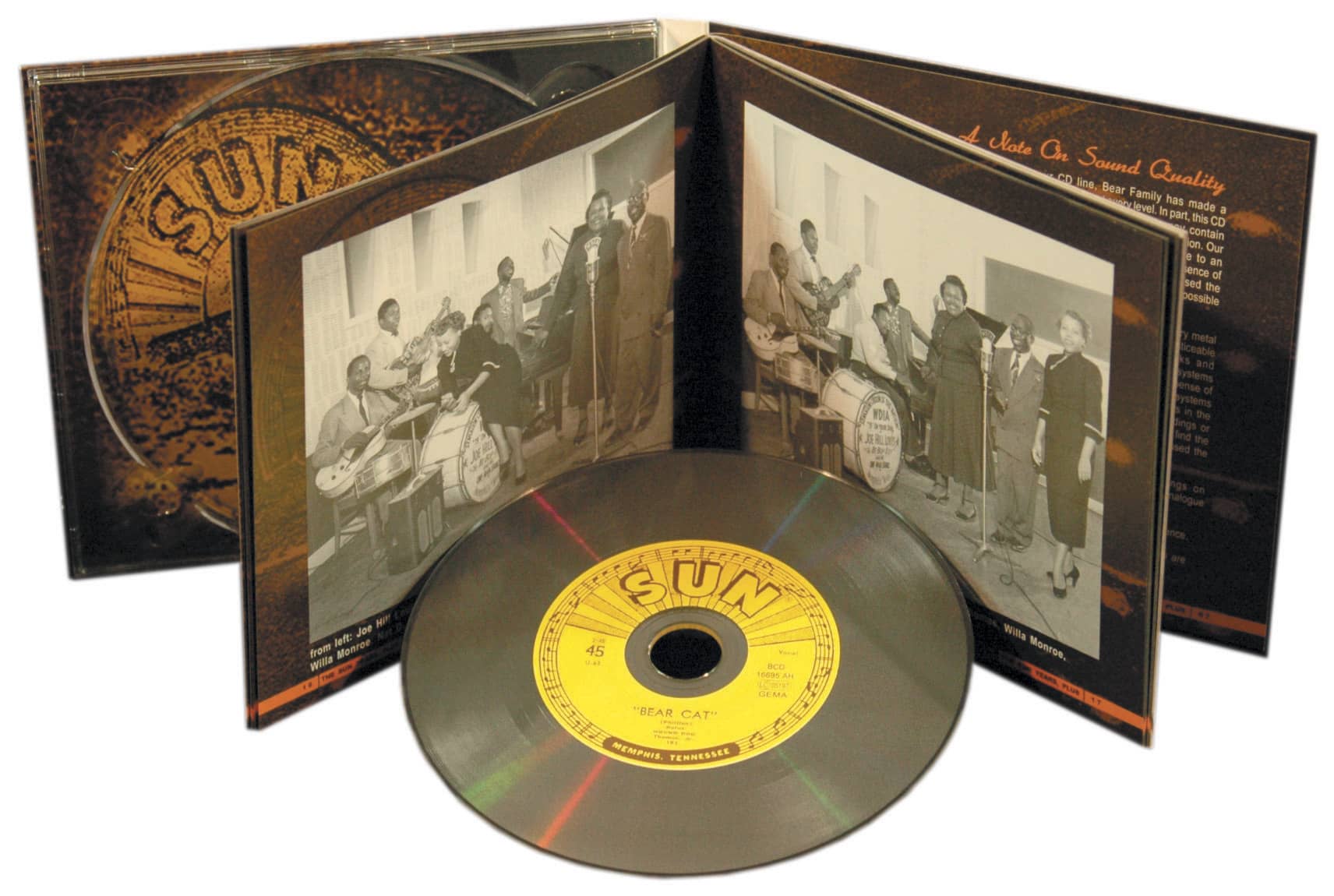 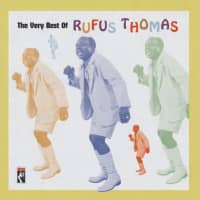 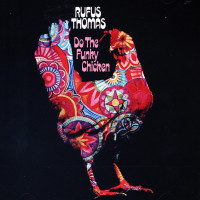