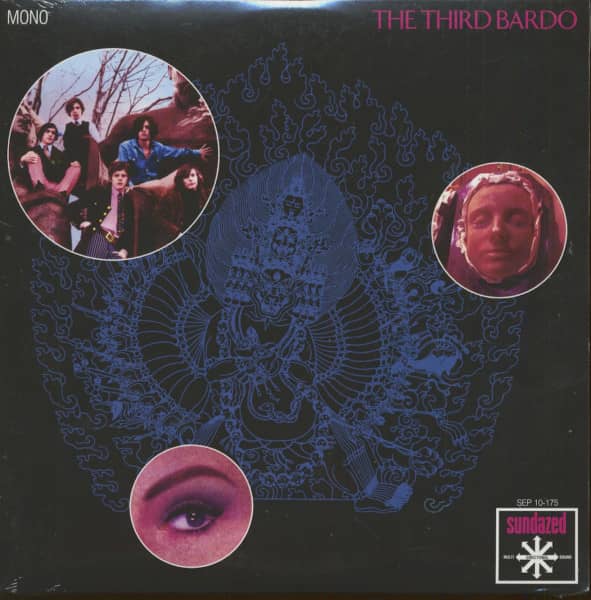 The Third Bardo: I'm Five Years Ahead Of My Time (LP, 10inch)

The short-lived but much-loved Third Bardo may have been Five Years Ahead of Their Time in 1967, but the world still hasn't caught up! The New York quintet only existed for a brief period, during which they released one now-rare single. The Third Bardo's entire recorded output amounts to six tracks, all cut on a single day in 1967, and produced, oddly enough, by former '50s singer Teddy Randazzo, best known for the hits he wrote for the decidedly non-psychedelic Little Anthony and the Imperials.

The quality of the Third Bardo's work far outweighs its quantity, as evidenced by the band's ongoing influence in the decades since it vanished from the scene. Such mind-meltingly brilliant garage-psych nuggets as I'm Five Years Ahead of My Time, Rainbow Life and Lose Your Mind captured the imaginations of subsequent generations of fans, inspiring covers by such combos as the Cramps and the Nomads. For many years, the Third Bardo's tunes, when available at all, were scattered amongst various hard-to-find compilation albums.

Fortunately, we've come to the rescue with this six-song, 10-inch vinyl EP, which gathers every known Third Bardo track in one handy package. The disc includes both sides of the band's rare original Roulette single, as well as a never-before-heard alternate take of Rainbow Life. It's the perfect ticket for a trip to a new dimension!