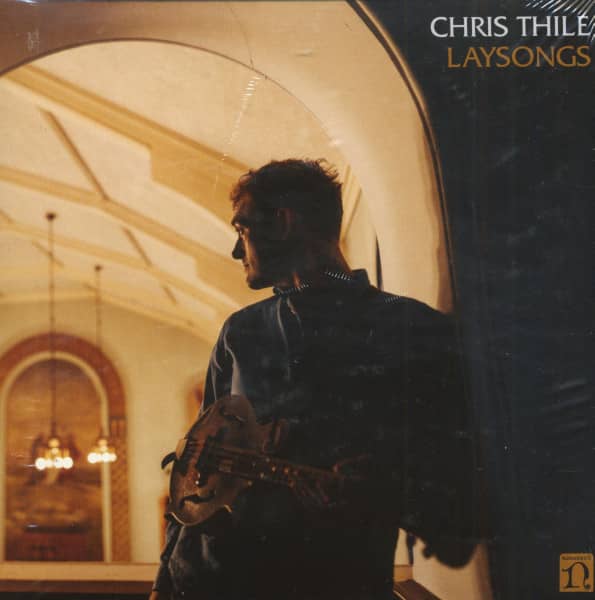 (Nonesuch Records) 9 tracks - digisleeve
Mandolinist, singer and songwriter Chris Thile with his first true solo album: just Thile, his voice and his mandolin, in new recordings of six original songs and three cover versions, all of which address and playfully engage his thoughts on spirituality.

Recorded in a converted church in upstate New York, the centerpiece of "Laysongs" is the three-part "Salt (in the Wounds) of the Earth," inspired by C.S. Lewis' "The Screwtape Letters." In addition, the album includes a song Thile wrote about Dionysus, a rendition of the fourth movement of Béla Bartók's "Solo Sonata for Violin," "God Is Alive, Magic Is Afoot" - which is based on Buffy Sainte-Marie's adaptation of a Leonard Cohen poem - a cover of "Won't You Come and Sing for Me" by bluegrass legend Hazel Dickens and a newly composed instrumental loosely based on the prelude from J. S. Bach's Partita for solo violin in E major.

Chris Thile is a founding member of the Punch Brothers, who released a total of five Nonesuch albums. Thile's other Nonesuch releases include a duo album with guitarist Michael Daves, two albums with bassist Edgar Meyer (one of which won a Grammy), a Bach album with Yo-Yo Ma and Meyer, a duet album with jazz pianist Brad Mehldau, and the T Bone Burnett-produced soundtrack to the Coen brothers' Inside Llewyn Davis. He spent his formative years as a member of the Grammy Award-winning and multi-platinum U.S. band Nickel Creek.