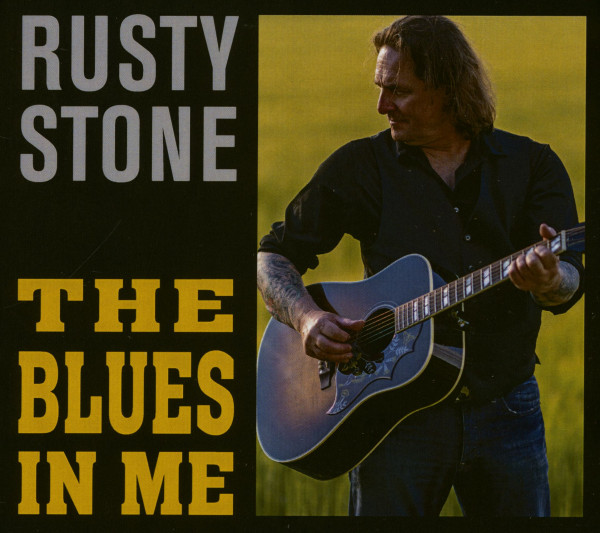 Rusty Stone: The Blues In Me (CD)

(RevStone Music) 8 Tracks, Digipack
While a Corona virus has paralyzed the whole world and also forced Rusty Stone into a longer rest, the Blues virus has broken out in him. And not only the blood pressure rises, but also the blues pressure. A total of eight songs have made it onto the current solo album "The Blues In Me", the follow-up to "Farewell".

And when a virus makes it possible to play other instruments besides guitars, this opportunity should be seized, Rusty Stone said to himself. An instrumental piece on the ukulele and seven songs with partly autobiographical lyrics and floating "blues voices" have made it onto the new disc. Mandolin, banjo, twelve-string guitar, various slide guitars and of course "normal" six-string guitars were used for the recordings.

Also not missing is the quaint blues harp. And over seven pieces the bluesy voice floats. Tom Peschel accompanies Rusty Stone on some titles with the bass and Spider Murphy Gang keyboardist Ludwig Seuss has unpacked the accordion for "When I Was Young".

Article properties: Rusty Stone: The Blues In Me (CD)