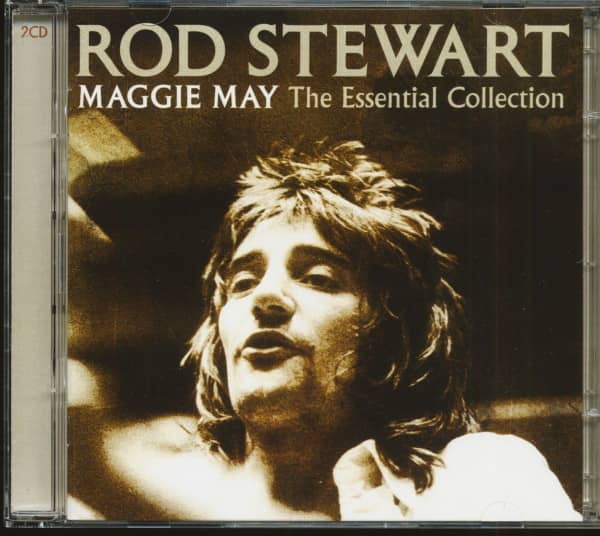 (Spectrum-Universal) 36 Tracks - Anthology 1964-1995.
-
Picture This, People. Rod Stewart's girlfriend, the model Dee Harrington, is in bed asleep in their Windsor mansion. A noise awakens her. She sits up, discovers that Rod is not beside her. Somewhat concerned, Dee heads downstairs. As she gets near to the front room, she starts to hear music. She enters the room. Rod is sitting cross legged by his record player. He looks up at Dee and it is obvious that he has been crying. 'Rod?' Dee says. Rod points at the record playing. 'This record,' he tells her. 'What of it?' she asks. Rod laughs. 'I don't think I will ever be able to make a record as good as this.'

Image is all. One associates many things with Roderick David Stewart. Good times, fun times, flamboyance, a certain outrageousness, but rarely do we link such naked emotion with this mercurial singer. And yet if anything has sustained and driven his remarkable career it is precisely that quality, the desire to create the best music possible, to find valuable expression within the structure of the song.
Nowhere is this quality more wonderfully displayed than during Rod's stint as a solo artist with Mercury Records. Yet who exactly was this man who cried at records and laughed at the world and exerted such an influence on his generation? Rod Stewart was once a young man who thought all he had to do was smile. He lived in Archway, and he played up at school, and he loved football, andhe loved music and he loved clothes and he sought to bring all three elements together. And this he did courtesy of his voice, a wondrous voice that was always recognisably his and his alone.

Rod also had other weapons in his armoury. He had bags of charm. Bags of an endearing cheekiness. At a time when pop had been usurped by prog rock, Stewart's down to earth character, his lack of pretention, and his obvious desire for success and riches and girls and a big house with flash cars parked outside, made for the proverbial breath of fresh air. He was the act the girls loved but the boys adored, the boys who wore button down shirts bunt and crombies and went into the barbers and asked for a Rod haircut, which was the 1964 Mod style grown long and thicker.

In interviews and in his songs, Rod talked about sex and football and getting drunk and having yourself a real good time, and millions loved him, because every weekend that is exactly what they tried to do. In Rod, they saw someone of their own kind, their man, their boy. His musical instincts were as sharp as his clothes. He knew what songs to cover, how best to cover them. He brought folkie Dylan to the masses, made him appealing with his versions of songs such as Girl From The North Country or Only A Hobo. He covered Hendrix and The Stones, Goffin And King, and he nominated Sam Cooke as his all-time favourite singer. That made sense. Like Cooke, Stewart's voice did not go for the all out climatic explosions so loved by singers such as Otis Redding. His voice was more controlled, more organic and therefore more restrained and that only added to its depth. Later on he said David Ruffin of the Temptations was also a major influence and when on tour in America actually had the butterflies before being introduced to him. And when you read that you thought, he is like us, he is a fan at heart.

Stewart sang (very good) rock'n'roll with a band named The Faces but with his solo albums he tended to look for more light and shade. His breakthrough came with his single, Maggie May, which was originally intended as a b-side before a DJ in America flipped it over and said this is the song people. And he was right and suddenly Rod was a major world star, the all conquering hero. His songwriting partner on Maggie and its superb follow up, You Wear It Well, was a Martin Quittenton but Rod also brought in Faces partner Ronnie Wood to create other great gems such as Lost Paraguayos, Every Picture Tells A Story and Dixie Toot. Perhaps his greatest song in this period, the achingly beautiful Mandolin Wind, he wrote himself and for that alone we must very respectfully tip our pork pie hats towards him. Like all great stars he changed his mind consistently. One minute he was saying he would never sing a Sam Cooke song, next thing you know he was belting out Twistin' The Night Away. He said The Faces were as important to him as his solo work but he always seemed to invest just that little bit more into his own albums.

Above all he was a hero, creating landmark albums, influencing our clothes and our attitudes, bringing joy and fun into our lives, a great and wondrous thing. But then Hollywood beckoned and he could not resist its entreaties and we knew he couldn't because what true Jack the Lad could? A mansion, a model, a swimming pool and constant sunshine? So he quit The Faces and quit making albums with the old crew and headed off to begin a whole new chapter in his career. He had outgrown Britain and would now conquer the world. But what a story he left behind. (Paolo Hewitt) 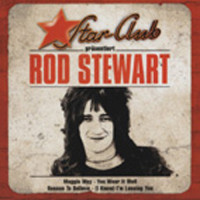 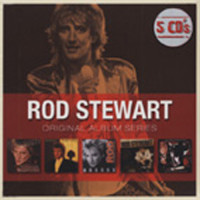 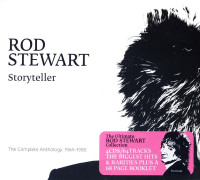