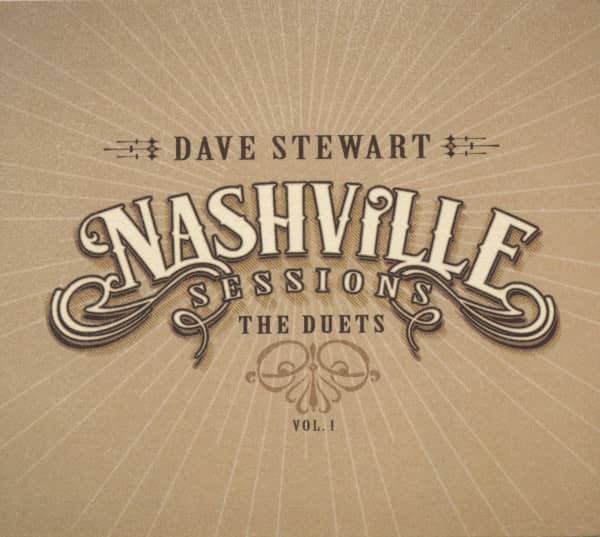 On Nashville Sessions - The Duets Dave Stewart presents, on the occasion of his 65th birthday this year, the most beautiful songs with duet partners.

All these recordings were made at the Blackbird studio in Nashville, which is one of the legendary recording venues there under the direction of John McBride. For his solo albums Blackbird Diaries, The Ringmaster General and Lucky Numbers, Stewart invited well-known female artists to the studio, including songs with Alison Krauss, Stevie Nicks, Colbie Caillait, as well as a duet with Joss Stone during her recording of the album LP1.

As a producer, director and label founder, Dave Stewart is one of the most influential and recognizable faces in the entertainment industry. His career spans more than 30 years, 100 million record sales, and a Lifetime Achievement award along with Eurythmics partner Annie Lennox, with whom he released hits such as Here Comes The Rain Again, Would I Lie To You, and Sweet Dreams (Are Made Of This). As a songwriter and producer, he has worked with artists such as Mick Jagger, Bono, Tom Petty, and Gwen Stefani, and has shared the stage with stars ranging from BB King to U2, Eric Clapton, Bruce Springsteen, and Bob Dylan.