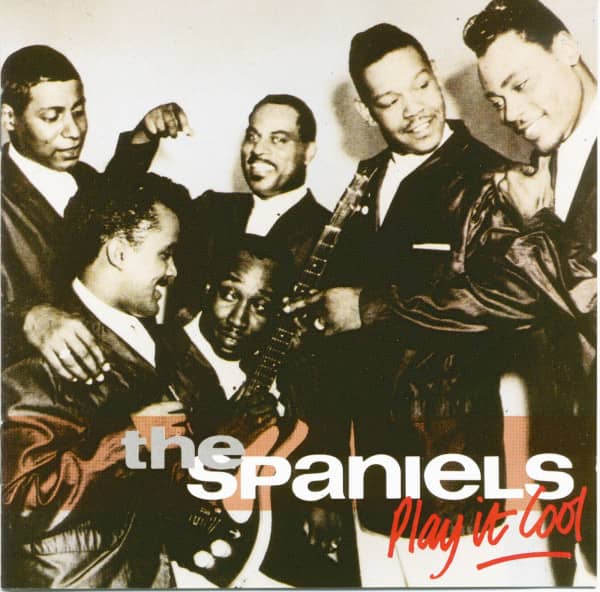 The Spaniels: Play It Cool (CD)

Like The Clovers and Midnighters, The Spaniels enjoyed renewed popularity in 1960. Their heyday came when the Gary, Indiana-based quintet's Goodnite Sweetheart, Goodnite swept the country in 1954 (it's on that year's edition of this series). James 'Pookie' Hudson's floating lead tenor remained a source of infinite beauty, even if his cast of Spaniels had changed markedly.

Hudson and bass Gerald Gregory were the only originals left, Carl Rainge, Donald Porter, and James 'Dimples' Cochran having all departed. Original first tenor Ernest Warren had returned, but former Five Blue Notes lead Andrew Magruder, William Carey (both baritones), and guitarist Robert 'Pete' Simmons were newbies. They were now based in Washington, D.C., where Hudson had relocated. When the new Spaniels ventured back to the Windy City to play the Regal Theater in April of '60, they made a fresh session for Vee-Jay Records, their label since the beginning.

That summer, I Know was a #23 R&B seller. But it was the group's farewell release. Gregory left to join Sonny Til's revived Orioles while the rest of The Spaniels made one-offs for Neptune and Parkway under Lloyd Price's supervision before Pookie went solo on Price's Double-L label in 1963, backed by The Imperials. Hudson reached back to those Double-L tapes in 1970 to issue a seven-year-old Fairy Tales on his North American logo. It quickly reemerged on mobster Nate McCalla's Calla imprint; for the first time in a decade, The Spaniels were back on the R&B hit parade with a #45 entry.