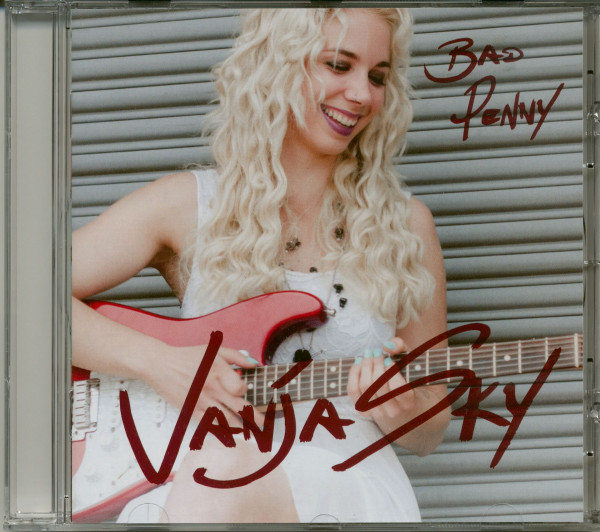 2018 (Ruf Records) 12 tracks.
Feat. Mike Zito & Bernard Allison Vanja Sky - a singer and guitarist from the Croatian capital Zagreb, first met the blues five years ago at a pub-concert near her hometown Buzet. That was a crazy evening, she laughs. I can not describe this special atmosphere. Immediately I decided to play the guitar - and when I make a decision, I bring it to an end. From there a leap into the year 2017.

Faster than she could have dreamed, Vanja Sky records a record with some of the biggest names in the blues business. First, she visits the Bessie Blues Studios in Stantonville, Tennessee, the workshop of Grammy-winning producer Jim Gaines. There she plays with the two guitar colleagues Mike Zito and Bernard Allison, the crackling roadhouse blues 'Low Down And Dirty' one. A little later, she meets with Zito and a group of experienced studio musicians in Berlin to record another eleven pieces. The result 'Bad Penny' is now available - a mix of modern electric blues and classic, unfussy Rock'n'Roll.