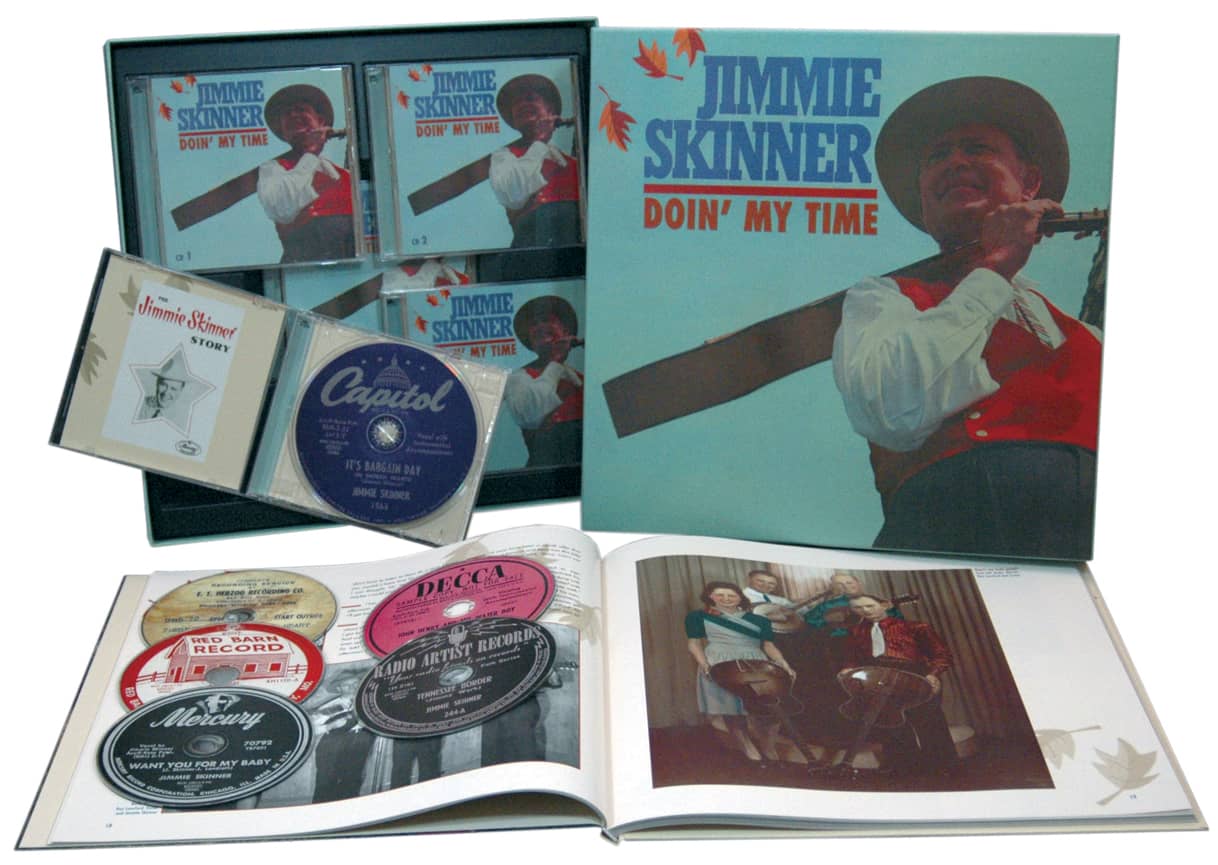 Had the category of 'alt-country' existed fifty years ago, Jimmie Skinner would fit right in. A brilliant singer-songwriter, Skinner was an intriguing personality who literally marched to the beat of his own drummer. His music seems more suited to juke-joint Wurlitzers than genteel living room Crosleys, yet Skinner's appeal crossed gender lines, attracting as many women as men. Some cite Skinner as a primal influence on the first generation of rockabillies. Others notice parallels between Johnny Cash's early Sun sound and the stark minimalism of Skinner's classic recordings.

As a songwriter, his talent was nonpareil. His admirers included Ernest Tubb, Hank Williams, Bill Monroe, Lester Flatt, Fred Rose, Jimmy Martin, and Johnny Cash. His lyrics were usually melancholy and occasionally angry; his melodies were usually catchy and occasionally hypnotic. As a performer, Skinner followed a peculiar internal clock that vexed the most patient, attentive musicians. He thrashed his guitar with as much emphasis on his upstroke as his downstroke, creating a double-time effect. More often than not, Skinner started singing on the backbeat – sometimes early, sometimes late. By his own admission, his singing voice was rough. If his blues-tinged delivery often reflected his heroes Jimmie Rodgers and Ernest Tubb, Skinner's voice was unmistakably his own – a deep, resonant baritone that seemed to growl.

At one time Skinner was one of country music's best-known, best-loved personalities. Through the fifties and sixties, virtually every country music magazine featured a full-page monthly ad promoting The Jimmie Skinner Music Center in downtown Cincinnati. Each type-heavy ad sported a halftone of the store's genial proprietor wearing his trademark Kentucky Colonel hat, narrow necktie and inviting smile. If your local record store didn't stock that new Columbia record by Wilma Lee & Stoney Cooper or that Starday single by Jimmie Williams & Red Ellis that you just heard on WCKY, Jimmie Skinner could send it to you. And when visiting Cincinnati, stop by 222 E. Fifth Street any weekday morning to watch Jimmie broadcast live in person from the Music Center's display window. At one point grocers even stocked Jimmie Skinner coffee, freshly ground and vacuum-packed. 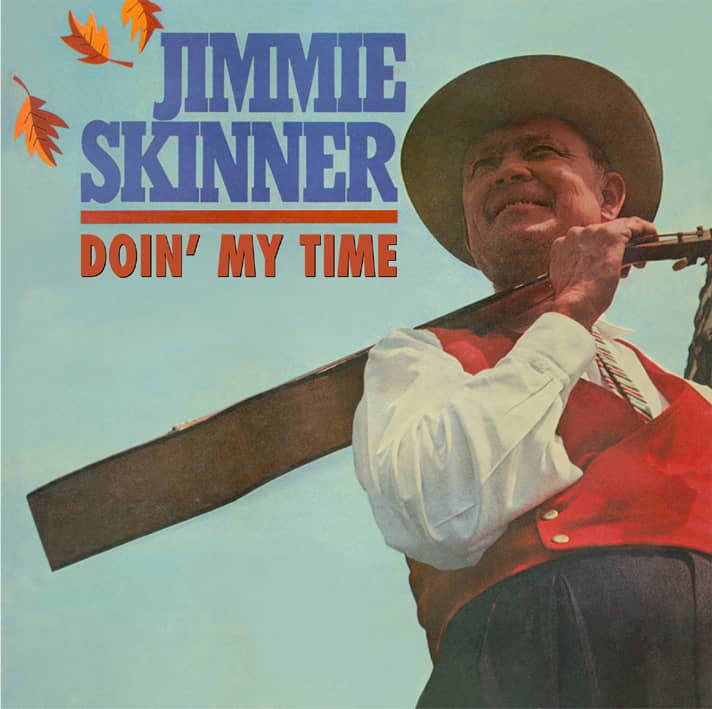 That was then. Mention Skinner's name to any country music fan or knowledgeable radio personality today, chances are you'll get a puzzled stare. Even though he placed ten records in 'Billboard's country charts between 1949 and 1960 – four in the Top 10 – Skinner has largely been forgotten. Relatively few of his singles were reissued on LP, much less on compact disc. Once in awhile you'll stumble across a budget-priced Skinner cassette or compact disc in a Midwestern or Southern truck stop. They're usually disappointing recordings he made late in life, backed by inattentive bluegrass musicians who lacked the finesse that Skinner's singing demands. 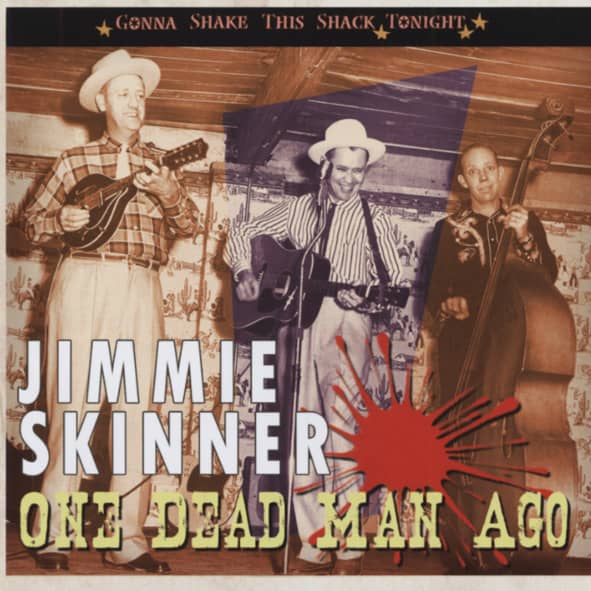 Nor do traces of this country music giant linger near Ohio's Queen City. The Jimmie Skinner Music Center's downtown location – a Mecca to people who loved edgy, uncompromising country and gospel music – was demolished decades ago. The electric sign that proudly hung over its façade deserves a display in the Cincinnati History Museum. Instead, it sits two thousand miles away, a rusty relic treasured by a San Diego record collector.

(1980s/Stetson) 12 tracks, pure vinyl, rare reissue of the original 1957 Mercury album. All his hits to date are included, many originals later covered by Ray Campi and other Rockabillies. A milestone in Country'n'Hillbilly history!
$26.06
Jimmie Skinner: Another Saturday Night (LP) Art-Nr.: BFX15266