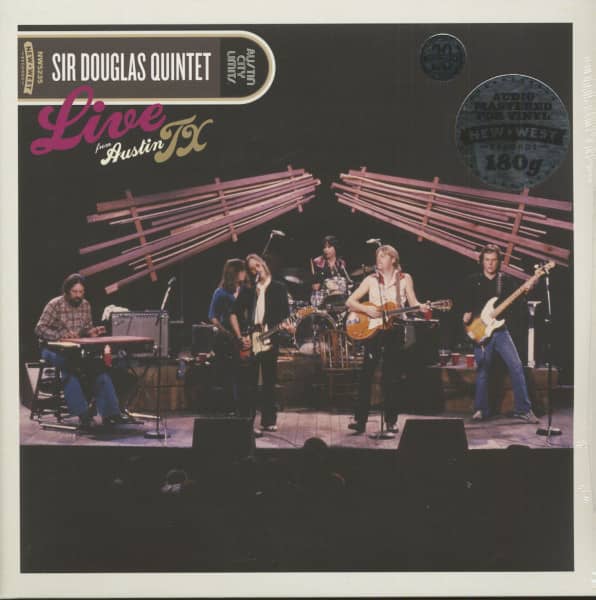 We're talkin' Tex Mex Rock 'n' Roll!
In this show from January 21, 1981, Doug Sahm (a.k.a. Sir Doug) reunites with original band members Augie Meyers and Johnny Perez, along with the legendary Alvin Crow on guitar and Speedy Sparks on bass for a no-holds-barred, rip-snortin' Texas rock 'n' roll revival. Back in the day, the Sir Douglas Quintet was Texas's answer to the British Invasion. With the arrival of The Beatles, Sir Doug & Co. saw their chance to break out the rough, Chicano-influenced rock they had been playing in the joints around San Antonio.

They donned English-looking suits and hit the charts with 'She's About A Mover' in 1965. Nobody was quite sure where they came from, but they rode the English-pop wave to fame. There's something contagious about Augie's cheesy, pumping Vox organ chords and Sir Doug's chang-a-chang rhythm guitar over Johnny's Mexican drumming style, drenched in psychedelia, that stood out from everything else at the time. And it still does today. You may not be able to sit down through 'She's About A Mover"' or 'Mendocino',but that's OK. Doug is no longer with us, but you can be sure that somewhere he's still kickin' out the jams. Terry Lickona (Producer Austin City Limits)