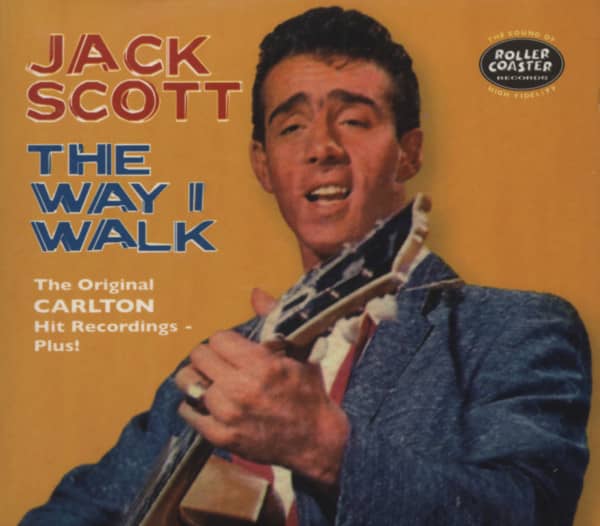 The Carlton Recordings 1958-1960 All Jack Scott’s Carlton recordings are featured on this CD, together with some earlier tracks recorded for ABC. Most are from the original master tapes that were used for the releases on London Records in the UK. Scott’s story is told in the booklet notes by Rob Finnis.

In an ultra-competitive field where imitation was far too often the norm and real inspiration could sometimes be in short supply, Jack Scott created a sound all his own. At least for a little while, he was able to cash in on it, scoring a series of late ‘50s pop hits that were part rockabilly, part rock and roll, and more than a little country. Then inspiration seemed to desert the handsome young singer with the swaggering sound, and he fell from commercial grace.

Scott, who died December 12, 2019 at age 83, lived in two countries as a child. Jack Scafone was born in Windsor, Ontario on January 28, 1936. He listened to the ‘Grand Ole Opry’ and the ‘Louisiana Hayride’ as a lad. Once his family relocated to Detroit when he was 10, those radio programs weren’t available, but the seed had been planted. Doubling on rhythm guitar, Jack formed his own country band while in his teens, serving up a non-stop diet of Hank Williams, Carl Smith, and Webb Pierce. Determined to break into the music business, he changed his surname to Scott at the urging of a local deejay. Then Elvis came along, and Scott got to rocking.

After a gig one night in early 1957, Scott and his band, The Tom Cats, led by bassist Stan Getz (not to be confused with the jazz saxist of the same name) and featuring Dave Rohillier on lead guitar, went over to Universal Sound Studio and cut a couple of originals, Baby She’s Gone and You Can Bet Your Bottom Dollar, in the wee hours of the morning. A local record shop owner got the masters to a rep for ABC-Paramount Records, the industry wheels turned fast, and Scott soon had his first record out. His brooding sound was already developing, but after one encore, Two Timin’ Woman, ABC dropped him.

Scott’s next single, coupling another pair of self-penned gems, was the one that made him an instant star. The rocking Leroy was the original plug side when Joe Carlton’s self-named Carlton label pressed it up, but it ended up overshadowed by its plattermate, the distinctive ballad My True Love. Both sides found Scott backed vocally by The Chantones, a harmony group from Windsor. My True Love soared to #3 on ‘Billboard’s’ ‘Hot 100,’ and Scott found himself lip-synching his smash on ‘American Bandstand.’

With Your Love, Scott’s Carlton encore, was another polished ballad but didn’t climb nearly as high as its predecessor on the pop hit parade, its sales again split with its opposite side, the romping Geraldine. But Scott’s last offering of 1958, the snarling Goodbye Baby, restored him to the Top Ten, its B-side, the spiritually enriched Save My Soul, also charting. Another tough guy anthem, The Way I Walk, was Scott’s top seller of ’59, though I Never Felt Like This and There Comes A Time stirred up a little chart dust.

A switch to the Top Rank imprint in 1960 didn’t slow Scott’s momentum. He nailed consecutive ballad blockbusters with What In The World’s Come Over You and then Burning Bridges, the latter coupled with the charting Oh, Little One. Scott’s profile was sky-high, the label issuing his album-length tribute to Hank Williams and a spiritual LP, ‘The Spirit Moves Me,’ that year as well.

But after It Only Happened Yesterday stalled midway up the charts, Scott’s star waned in a hurry. He moved over to Capitol Records in 1961, working with producer Manny Kellem, but without his usual musicians in tow (Al Allen had been his lead guitarist at Carlton, with The Chantones continually providing harmonies that were every bit as crucial to his sound as The Jordanaires were to Elvis Presley’s), the impact just wasn’t the same, musically or commercially. Scott only registered three minor hits for the Hollywood-based major label.

Scott’s dry spell continued and deepened on RCA’s Groove subsidiary, despite recording in Nashville with some of Music Row’s finest sessioneers, including saxist Boots Randolph, pianists Floyd Cramer and ‘Pig’ Robbins, and drummer Buddy Harman with Chet Atkins positioned at the production helm. At his first Groove session, Scott waxed the Yuletide classic Jingle Bell Slide, and his ’64 rocker Wiggle On Out was a standout.

Utilizing the compositions of some fine young country-slanted songwriters including Wayne Carson, Ray Griff, and Dallas Frazier, Scott persevered at RCA Victor through 1965 before making one-offs for ABC-Paramount and Jubilee later in the decade and GRT in 1970. A pair of 1973-74 45s for Dot completed his discography. The industry had all but forgotten the one-time hitmaker. But Scott continued to perform long after that, faithfully reprising his hits for very appreciative fans on both sides of the border and overseas festivals, including the Bear Family Festival in Germany. He eventually returned with his fantastic 2015 album, ‘Way to Survive.’ Rock 'n' Roll and its warped cousin Rockabilly were mostly the property of the southern states in the 1950s, with nearly all the big stars coming from states within driving distance of Memphis. However, it makes sense that the city of Detroit spawned a real honest to goodness rock 'n' roll legend, Mr. Jack Scott of Hazel Park, Michigan.

While Detroit was as far north as any major American city, the population was for the most part made up of hillbillies and Black Americans who moved up from the southern states to work in the automobile industry.

From the 1930s on up to today, this diversity has made Detroit a spawning ground for many interesting musical combinations, from John Lee Hooker, Little Willie John, Hank Ballard and the Midnighters in the R&B field; Casey Clark, Lonnie Barron and the York Brothers in the country field; the entire Motown Records clan and Atlantic Records super star Aretha Franklin in the soul world; and of course a whole slew of gritty rock bands from the MC5 to Iggy & the Stooges and Mitch Ryder & the Detroit Wheels to present chart darlings the White Stripes. Even current day rap-rock star Kid Rock is a Detroit mix of Black hip-hop and redneck country influences.

Somewhere in that mix came Jack Scott. He was a Canadian-born Italian, real name Giovanni Dominico Scafone Jr., who was raised in Windsor, Ontario, just over the border and across the bridge from Detroit. At the age of eleven Jack's family moved to Hazel Park, Michigan, a hillbilly (read: white) suburb of Detroit. 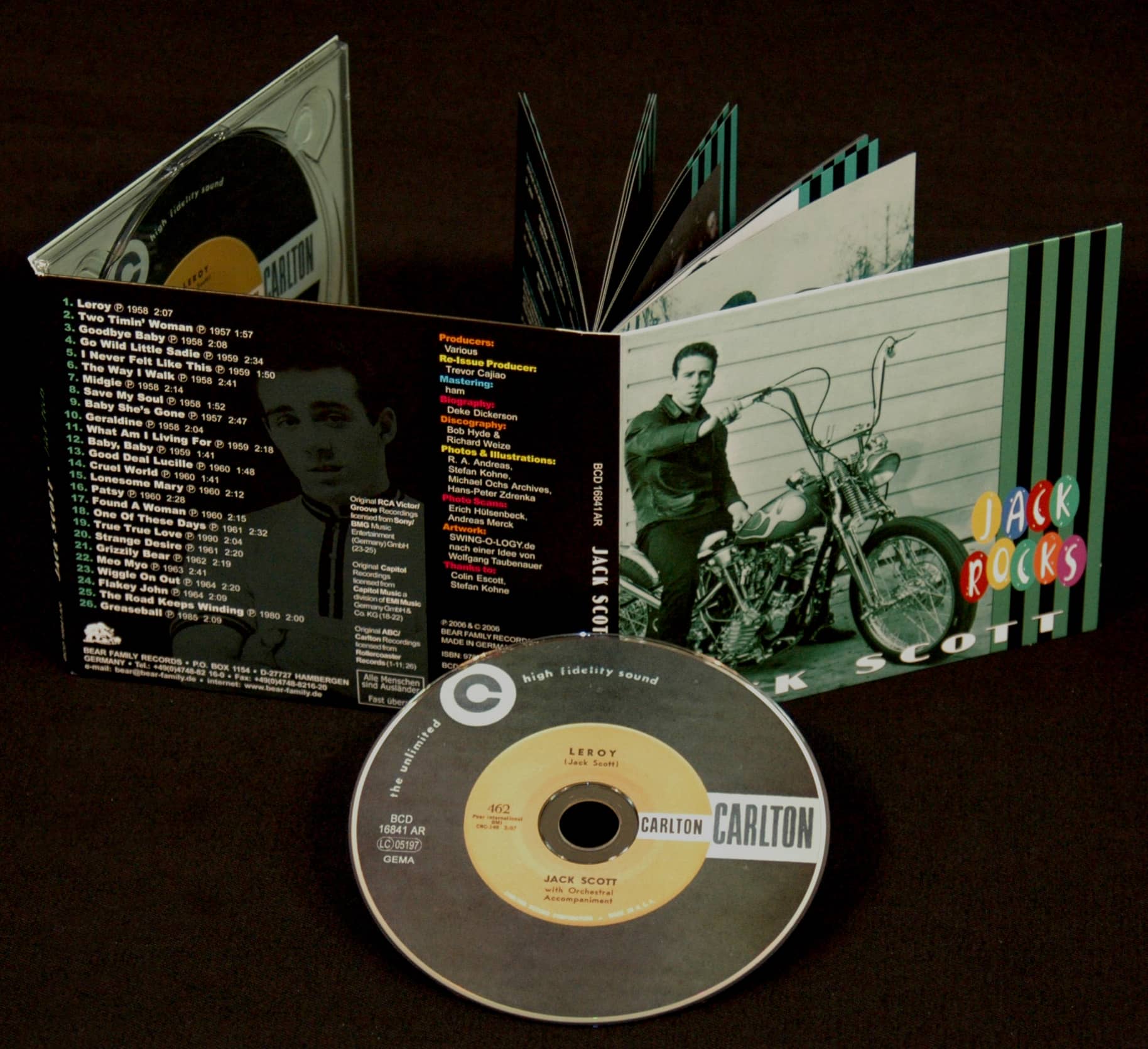 Jack's father was a musician and played guitar for the kids (Jack was the oldest of seven children), putting a guitar in Jack's hands at the tender age of eight. Jack loved country music and would strum his guitar around the house and listen to country music on the radio, dreaming big dreams about the Grand Ole Opry and Nashville.

During his teenage years, Jack worked a number of odd jobs while continuing to play guitar. He formed a local hillbilly band called the Southern Drifters (note—interesting name for a band from Michigan!) at the age of 18.

Jack was obsessed with music from an early age. He imitated Hank Williams, Webb Pierce, and many others. His aspirations from this early age were fully formed, and in fact he changed his name from Giovanni Scafone, Jr. to Jack Scott on a suggestion from local WEXL disc jockey Jack Eirie that he might be more successful with an easier to pronounce, more anglicized name.

Like many other teenagers of the mid-1950s, when Elvis came along everything changed, and Jack realized he might have some potential with the new sound of rock 'n' roll. The Southern Drifters began working Elvis songs and Bill Haley songs into their country repertoire.

It's doubtful that Jack had any idea that he would soon be at exactly the right place at the right time, a place where a good looking greasy haired Italian kid who played the guitar could be a famous rock 'n' roll musician, but that's exactly what happened.

In early 1957, the group decided one night after a dance, to rent some late night studio time, and laid down two tracks, Baby She's Gone and You Can Bet Your Bottom Dollar. Baby She's Gone was influenced heavily by Elvis' version of Money Honey, but has proved to be a classic in its own right, with Jack's original vocal delivery hinting at the style he would make his very own in the upcoming few years.

The group consisted of Jack's cousin Dominic on drums, Stan Getz on bass, and Dave Rohillier on lead guitar. Their fiddle player, Wayne 'Arkansas' Sudden came to the session, but didn't play. It's interesting to note that Stan Getz (not the famous jazz musician) would also play on the other phenomenal Detroit rockabilly masterpiece, Long Blond Hair/Rock Rock by Johnny Powers, showing what a small rock 'n' roll community Detroit had at the time.

The group took their acetate around to all the local record shops, trying to find a label that would put it out. One local record store man named Carl Thom played the dub for the local ABC-Paramount rack jobber, who then mailed the acetate to New York City for the label bigwigs to hear. Like many other labels, ABC-Paramount was keen on getting new rock 'n' roll records on the market, and leased quite a few regionally recorded tapes for release. They released Baby She's Gone b/w You Can Bet Your Bottom Dollar straight from Jack's demo tape, not bothering to do a big studio re-cut of the tracks, and released them in April 1957 as ABC-Paramount 45-9818.

The record was a small local success, but not a hit, so ABC-Paramount tried again with a second release, Two Timin' Woman b/w I Need Your Love, released as 45-9860 in November 1957. Although Two Timin' Woman was another classic rocker, this record sold even less than the first release and Jack was soon dropped from the label.

By early 1958 Jack had composed two new songs, which he felt were hit material. He recorded acetate dubs of the new songs in order to pitch them to record labels. The rocker was a blast of a number about a friend he had who was always getting into trouble. The problem was that it was called Greaseball, surely an apt title, but one which didn't fly with the record company executives, who felt Greaseball might insult the Mexican-American community. After the record company told him to change the title, Jack went into the studio bathroom and saw that someone had written "Leroy was here" on the wall, and the song title immediately was changed to Leroy.

The flip side was another ballad, entitled My True Love. Legend has it that Jack wrote it for his first girlfriend. As ballads go, it was the first fully realized number that epitomized the Jack Scott ballad style—a near dirge tempo, with simple teenage lyrics delivered by Jack in a plaintive, drawn-out drawl, a style that became a favorite of greasers, teddy boys and rockers around the globe. Jack Scott would work this ballad style for years—and check out the new companion collection to this one, entitled 'Jack Scott Ballads' for more of these slow grinders.

Although some have stated that Leroy/My True Love was issued first on the Detroit based Brill label, this author has never seen one to verify its existence. Several Detroit area record collectors vouch that there was no such release. It's possible that it may have been put out on another acetate dub record with the Brill label, which would explain the confusion. 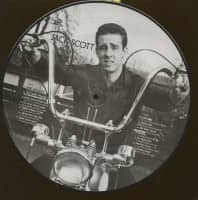 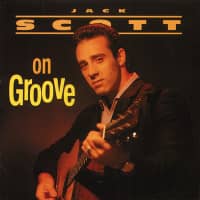