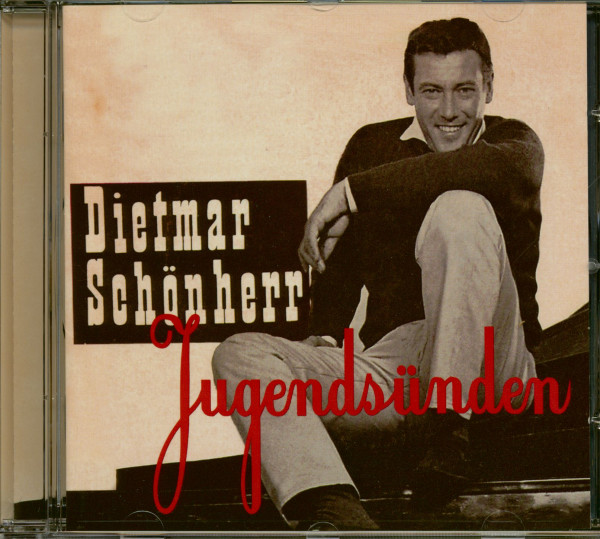 Dietmar Schönherr: Actor, author and development aid worker. Born on 17 May 1926 in Innsbruck, Austria, died on 18 July 2014 in Santa Eulària des Riu, Ibiza, Spain. Shortly before his 80th birthday, he presented his autobiographical novel'Sternloser Himmel' at the Leipzig Book Fair, in which he describes the formative moments of his eventful life in a forceful and open manner. The book covers his childhood in Austria, his experiences during the war years and his commitment in Nicaragua.

"In the unequal brothers David and Daniel, he has created a literary alter ego for the various facets of his personality," says the publisher's information text.

Dietmar Schönherr has always been committed to writing. He began as an author of radio plays and received a literature prize as early as 1953. He later translated works by André Gide and Jean Paul Sartre into German and has been writing novels for several years. His travel book'Nicaragua mi amor' has been translated into 15 languages.

But he not only wrote books, he also wrote television history! And last but not least, it owes its enormous popularity to this fact. He played the commander of the spaceship Orion in the cult TV series'Raumpatrouille', as showmaster of the ZDF family game'Wünsch Dir was' he provided innovative television entertainment and record ratings, and he hosted the first German talk show'Je später der Abend'. He is still brilliant as an actor in demanding television films such as'Rufer, der Wolf' (2006) or'Mein Vater und ich' (2005).

That Dietmar Schönherr has released records as a singer is a long time ago and has almost been forgotten. The trigger for this chapter of his career was actually the death of James Dean, which he dubbed in his three great films ('Beyond Eden', '...because they don't know what they're doing' and'Giants').

Born Dietmar Otto Edler von Schönleiten in Innsbruck on 17 May 1926, he experiences a sheltered childhood in the Tyrolean mountains. Through a transfer of his father, a general, he came to Potsdam in his early youth. "I, a Tyrolean boy with a dialect that no man understood, under all Prussia. That was very hard at the beginning," he says retrospectively, "from this time I know how a foreigner or asylum seeker might feel today. But he learned to assert himself quickly.

In Potsdam he goes to the Viktoria-Gymnasium. There, in the war summer of 1943, people from the UFA were looking for young talents for the film'Junge Adler', which was directed by Alfred Weidenmann, who later won the Federal Film Prize. Dietmar Schönherr is discovered and makes his canvas debut in the role of a rebellious young man. Subsequently, the UFA offers him a three-year contract, but the conscription to the military initially prevents further film plans.