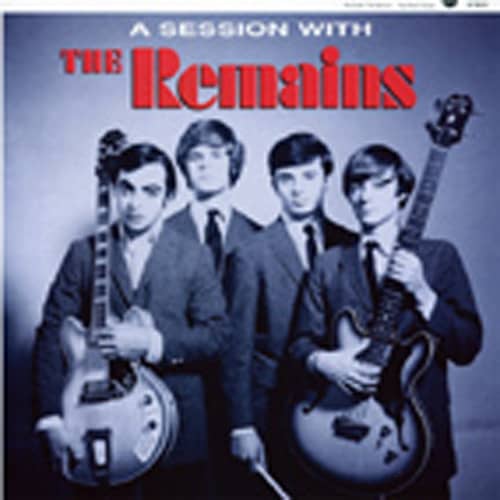 P Secure bonuspoints now
Description
Learn more about The Remains
Review 0
Description
Ever wish you could travel back in time and be in the thick of the 1960s rock explosion' Well,... more
Close menu

Ever wish you could travel back in time and be in the thick of the 1960s rock explosion' Well, until an actual TARDIS is perfected, this album is the next best thing. Recorded in the wee hours of May 26, 1966, A Session with the Remains is a no-holds barred romp through their club set, captured live-to-tape in Capitol Records' studios. Recorded as an audition for the label, the albums seethes and snarls, twists and shouts, rocks and rolls and generally embodies the force of nature that was the Remains.

Performing a mix of originals and current hits, the band is in command at every step, rocking one minute and pausing to kibitz between songs the next. In attempting to describe this album, reviewers have used words like 'blazing,' 'explosive,' 'delirious''but honestly, none of these descriptions comes close to what is contained in the grooves. It's like trying to tell a stranger 'bout rock & roll, ya know' All you really need to do is listen. After all, one guitar lick is worth a thousand words.

This BLAZING, EXPLOSIVE, DELIRIOUS album was painstakingly sourced from the one-and-only original two-track analog mono master tape and wrestled onto high-quality vinyl and compact disc for your review. I'd like to thank you on behalf of the group and Sundazed for listening and I hope they pass YOUR audition!

Article properties: The Remains: A Session With - 180g 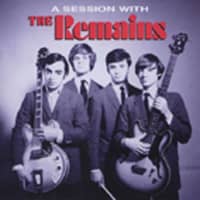 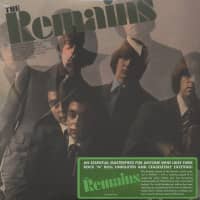 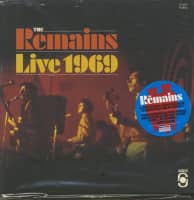 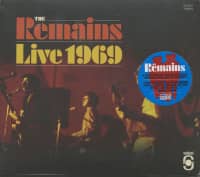