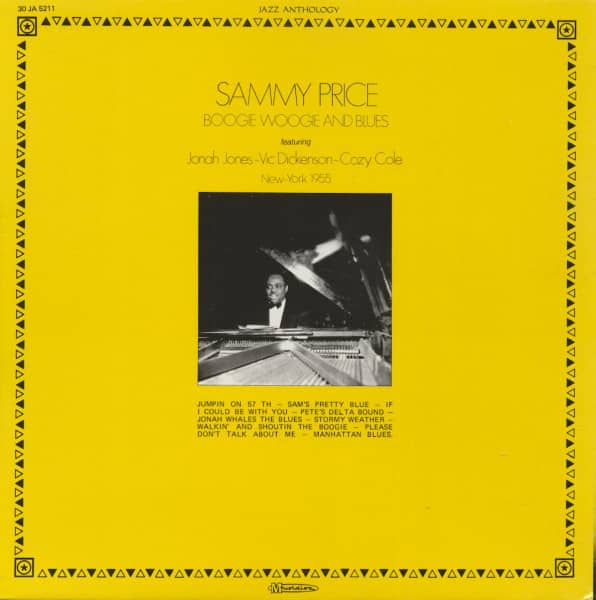 SAMMY Price, or boogie-woogie. New Orleans style jazz was rediscovered during the years following the second world war ; and, happily, the various and varied pianistic styles that went with it - from ragtime to stride, by way of boogie-woogie. The rotund and jovial Sammy Price personifies this robust conception of the piano, linked with blues and characterised by its hypnotic influence. In concert with other musicians of eclectic tastes and dynamic personality, Price has made a significant contribution to the trad revival - particularly in France, from about the time that Sidney Bechet became a great star.

Born in Texas in 1908, Samuel Blythe Price began his musical career in 1923 at Dallas, became a Charleston dancer, pianist with Lee Collins, directed his own orchestra from 1927 and established himself in New York in 1930. From 1940 to 1942 he directed the Texas Bluesicians, with Shad Collins and Lester Young. In 1948, he came to France with Mezz Mezzrow and participated in the Nice Jazz Festival. He returned to that country in 1955 with the orchestra heard on the present record in which one notices the firm trumpet of Emmet Berry (which has been in evidence also with Lionel Hampton, Count Basie) and also the legendary Pops Foster, a bass player who has accompanied many immortal jazzmen, from Jelly Roll Morton to Louis Armstrong. The tunes rendered here comprise riffs arranged from blues by Sammy Price, various phrases of a rhythmical character reiterated in such a way es to establish the atmosphere of the piece, or classics of New Orleans jazz like That's a-plenty and Royal Garden Blues, joyfully re-created by Sammy Price's friends. 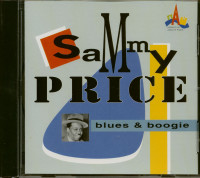