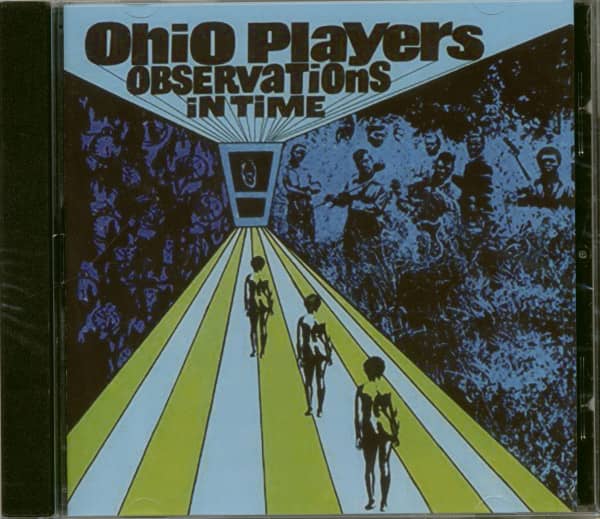 Ohio Players is an American funk band that was popular especially in the 1970s. The band was formed in 1959 in Dayton, Ohio, United States. Observations in Time is the debut album by the Ohio Players, recorded in 1969 and released on the Capitol label. The album was a regional hit in and around the group's hometown of Dayton, Ohio. David Bowie included "Here Today and Gone Tomorrow" in his 1974 live sets for the Philadelphia dates of the Year of the Diamond Dogs tour, from which the David

The sleek, seductive funk of The Ohio Players had their roots in another notable outfit from the Buckeye State, The Ohio Untouchables. Guitarist Robert Ward assembled the original lineup. Born in Luthersville, Georgia on October 15, 1938, Ward joined The Brassettes after returning home from the Army. Alto saxist Ralph ‘Pee Wee’ Middlebrooks, born August 20, 1939, was with him. Robert moved to Dayton, Ohio in 1960. “I was tired of eating oranges off the orange trees in Florida, and tired of doing the farm work,” said the late guitarist. “So I went up there for a better way of living.”

In Dayton, Ward recruited drummer Cornelius Johnson (born July 12, 1937) and bassist Levoy Fedrick for his Ohio Untouchables. “I was thinking about Robert Stack and The Untouchables,” Ward said. “I said, ‘Well, they’re the untouchables in stopping crime. I want to accumulate a band where we’ll be up there with the best, and be unstoppable!’” Pee Wee rejoined his ex-bandmate, and tenor saxman/flutist Clarence Satchell (born April 15, 1940) signed up too. Marshall Jones replaced Fedrick. The Untouchables recorded for Detroit-based Thelma Records as well as Motor City producer Robert West’s Lu Pine logo, backing The Falcons on their ’62 hit I Found A Love along with making their own blistering Lu Pine singles.

Disgusted with their career progress, Ward took his gospel-permeated vocals and distinctive Magnatone amp-powered guitar sound and exited The Untouchables in 1965. “Everybody was looking for fortune and fame, and the money didn’t never come,” he said. Ward went on to play with Wilson Pickett, toil as a Motown session guitarist, and came back big in the ‘90s. Pee Wee, Marshall, and Clarence kept the band going as The Ohio Players, bringing in Leroy ‘Sugarfoot’ Bonner, born March 14, 1943 in Hamilton, Ohio, on guitar. They had a small ’68 hit with Trespassin’ for the Congress label and paused at Capitol and Tangerine, but it was at Armen Boladian’s Westbound logo where they took off in ‘71 with Pain (Part 1).

Producing their own material, The Players went gold for the first time in ‘73 with the zany Funky Worm, which paced the R&B hit parade. 1974 was their year. Moving over to Mercury Records with Billy Beck now on keys, Marvin Pierce on trombone, and Jimmy ‘Diamond’ Williams on drums, they posted three blockbusters: Jive Turkey (Part 1), Skin Tight (a #2 R&B smash), and the across-the-board chart-topper Fire, which came out late in the year (the latter pair went gold). The song sprang from a studio jam and was also the title track of the band’s biggest-selling LP, which rocketed to the top of the pop album listings. The provocatively sexy artwork gracing the Players’ LP covers was as seductive as the music therein. 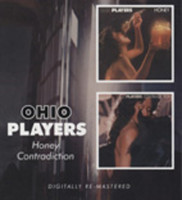