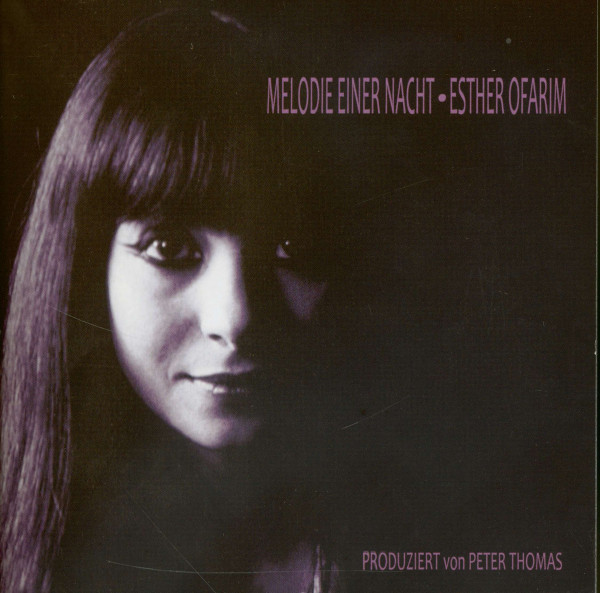 1-CD with 36-page booklet, 20 tracks, playing time 51:40 minutes.
Saturday, 23 March 1963: The BBC hosts the ninth 'Grand Prix Eurovision' at its London Television Centre and simultaneously broadcasts the music competition to the continent. This time the singers will start for 16 European countries. The Federal Republic has sent Heidi Brühl into the race, the Principality of Monaco the French Françoise Hardy, Luxembourg the Greek Nana Mouskouri, and the Confederates want to win the Eurovision contest on this day with the Israeli Esther Ofarim.

After a good 90 minutes of music, the juries of all participating countries begin to give their assessments to London by telephone. It'll take time. (The later 'Mister Tagesthemen', Hanns-Joachim Friedrichs, comments on the evening for the German television audience). The tension is growing. Finally the overall ranking seems to be fixed. The Swiss are already cheering, and Esther Ofarim can't believe it: With her title T'en vas pas she obviously has, even if only just, the 1st place in her pocket. The Norwegian judges are coming back. They made a mistake, sorry. Your points that have already been given would have to be redistributed, they say. Luck for the Danish contestants Grethe and Jørgen Ingmann who win, bad luck for Esther Ofarim. She returns as a disappointed second from England to her host country, Switzerland.

Was everything right with you? Why did the Oslo jurors revise their first vote? However, after the 'Grand Prix' the newspapers reported epically about the scandal, and the beautiful, shy Israeli with the big voice had sympathies on her side everywhere. So she became even more famous overnight as if she had won the competition. Their entry into the pop and pop business could not have been accompanied by more publicity: In the USA, the album 'Songs der Welt' was released in 1963. From the middle of 1964 it stayed in the German hit parade for 112 weeks and was later released on the first golden record. Esther played in the Will-Tremper movie 'The Endless Night' and sang the theme song (Come, put your arm around me). An appearance at the 'Grand Gala du Disque' in the Netherlands also made her a star there. In short: Esther Ofarim and her husband Abraham, called Abi, who accompanied her, soon became the most important Israeli artist couple of the 60s.

A few months earlier, in summer 1962, shortly before Esther's birthday on 13 June, the Ofarims had left Tel Aviv for Europe - Esther rather sceptical about what the future would bring, her husband full of anticipation and zest for action. The two had already caused a stir at home in Israel with folkloristic songs. Abi Reichstadt, son of an electrical engineer and at the end of the 50s about to become a dancer and choreographer, had discovered Esther's wonderful voice. He persuaded his girlfriend to perform together on weekends and after-hours. Esther Zaied from a village near Nazareth (Galilee) wanted to become an actress. Instead she sang now, Abi accompanied her on the guitar, arranged the music for her and organized new engagements. The duo performed under the stage name Ofarim, which means 'deer fawns'. They got married in December 1959.

When word got around that the Hollywood director Otto Preminger was on a talent search in Israel to cast his film 'Exodus', the duo applied. Esther actually got a role where she could shine. Abi was also supposed to play in the film, but decided differently shortly before the start of shooting in Cyprus. That was 1960, the year when Frank Sinatra discovered the singer and actress and hired her for his TV shows. Later in the year Esther and Abi played in the movie 'Brennender Sand', but afterwards they concentrated again on their progress as a singing duo. They recorded a long-playing record in 1961 that climbed to the top of the Israeli hit parade. Soon a second one followed. An album with children's songs for adults, which Esther had recorded as a soloist, was also a great success.

But then Israel became too small for the couple - especially Abi. He didn't hesitate long when he and his wife were asked in the early summer of 1962 to represent their country first in Rome at the Italian radio show 'Musique de Champs-Elysees' [is that okay: Italo show with French title?] and then at the song festival in Polish Zoppot. Esther was less euphoric than Abi, but she joined in.

After their performance in Italy, they travelled to friends in Geneva and after two weeks to the song contest in Zoppot. They took second place with the song Stav (Hebrew for 'autumn'). They then took part in an 18-city tour of the Eastern Bloc. After this concert tour they returned to Switzerland, to Geneva, where they recorded a few songs together with a friend. Apart from her victory at a smaller Swiss folk festival, not much happened until one day the film composer and producer Peter Thomas appeared. Suddenly everything went very fast. As a soloist Esther won the Swiss preliminary round of the 'Grand Prix', signed a record contract with Philips-Germany and went to the 'Song Contest' in London. Unlike the final winners of the 'Grand Prix', Ester Ofarim even reached the top 40 of the German single hit parade with their competition title in August 1963. She had recorded T'en vas pas to London also in German version: Melodie der Nacht (Melody of the Night) (Back: Come to me) was the name of the single... 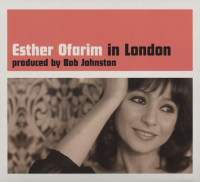