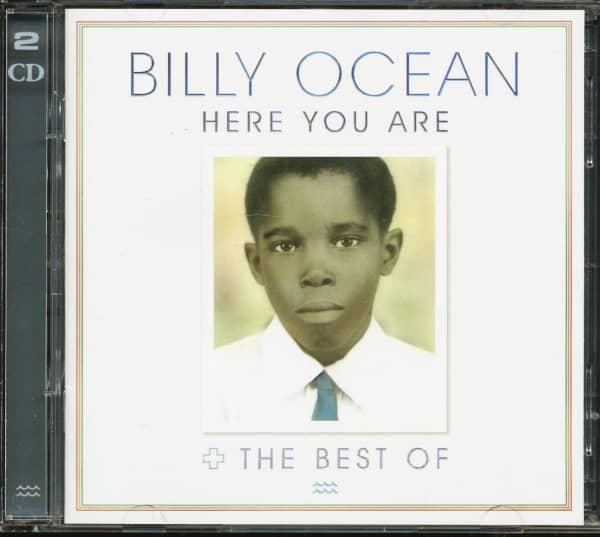 Billy Ocean: Here You Are - The Best Of Billy Ocean (2-CD)

For the 30th anniversary of "When The Going Gets Tough" Here You Are: The Best Of Billy Ocean celebrates the career of one of the most successful British pop stars with great cover versions and all hits.

The double CD with 31 songs features the brand new song "A Simple Game" (Moody Blues / Four Tops) as well as a selection of cover versions compiled by the artist himself, from "No Woman No Cry" and "A Change is Gonna Come" to "High Tide Low Tide", which were of great importance for his career as a musician.

The second CD features all the super hits of the likeable star, from "Red Light Means Danger" to the timeless up-tempo numbers "Caribbean Queen", "When The Going Gets Tough", "Get Outta My Dreams", "Love Really Hurts Without You" and the unforgettable ballad "Suddenly". In his career, Grammy winner Billy Ocean has sold more than 30 million records worldwide. Billy's longplayers were just as successful - three platinum albums (including two double platinum discs) belong to his trophy collection.

Article properties: Billy Ocean: Here You Are - The Best Of Billy Ocean (2-CD)