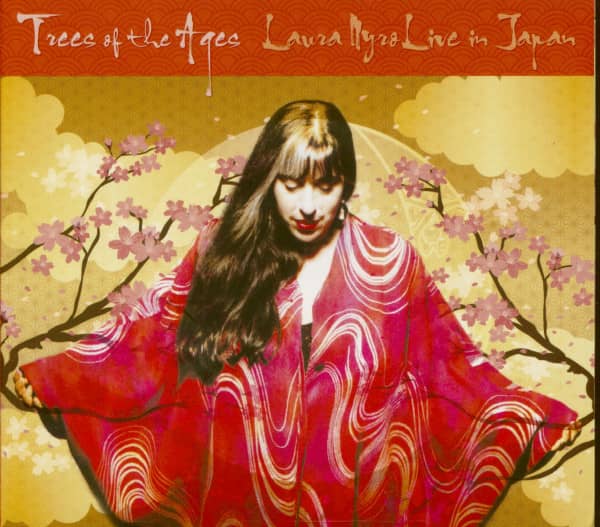 Originally issued only in Japan as Live In Japan in 2003, these 16 tracks recorded at Kintetsu Hall, plus 5 recorded at On Air West return as Trees Of The Ages: Laura Nyro Live In Japan. From Nyro-penned hits including “And When I Die,” “Wedding Bell Blues,” and “Save The Country,” to covers of Bacharach/David, Smokey Robinson, and Phil Spector classics, Trees Of The Ages is an essential document of Laura’s February 1994 historic visit to Japan. With Laura on piano and vocals, with harmonies by Diane Wilson, Dian Sorrell, Diane Garisto, the performances are sublime.

Newly remastered by Grammy®-winner Michael Graves, and produced for release by Grammy®-winner Cheryl Pawelski and George Gilbert with the approval of The Laura Nyro Trust, the packaging contains updated artwork and new liner notes from author and musician John Kruth. Looking and sounding incredible, this essential addition to Nyro’s discography is available worldwide for the first time. Trees Of The Ages: Laura Nyro Live In Japan cements the legend of the incomparable Laura Nyro.

Trees of the Ages: Laura Nyro Live in Japan
The title, taken from the names of two vintage amplifiers from the late '40s and early '50s, also describes the disc's unique blend of folk, country, blues, soul and rock - an electric troubadour with melodies that hit and stick. Social protest songs like "Living in the U.S.A." and "The Globe," the former about the promises of this nation gone wrong, the latter referencing the street protests accompanying the Black Lives Matter movement, exist side by side with odes to long-term relationships (specifically his 25-year marriage) in "Diamonds and Cigarettes" and "Lucky Ones."