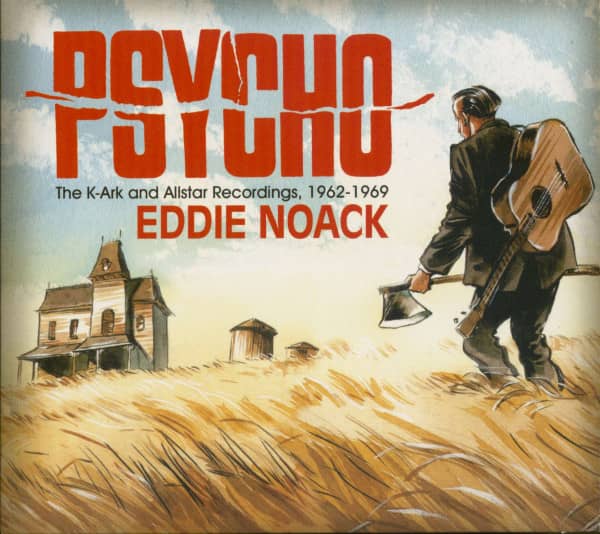 There was a time when every LP by George Jones had an Eddie Noack song; in fact, Jones even did a complete LP of Noack songs. Hank Snow did well with Noack's song These Hands. Texas honky tonk fans love Noack's mid-1950s recordings for their wit and insight into the human condition. But then in the 1980s, the Psychobilly and Trash fans discovered bootlegs of Noack's way far-out recordings of Psycho and Dolores. Both songs are told from the perspective of a psychopathic serial killer. Cramps and Meteors fans recognized that this was as dark as it got. Eddie Noack achieved cult status, but by then he was dead.

In 2012 Bear Family Records released Noack's classic honky tonk recordings, 'Gentlemen Prefer Blondes', a collection spanning the years 1948 to 1961. Now, the second compilation 'Eddie Noack: Psycho – The K-Ark and Allstar Recordings, 1962-1969', is available. This set not only contains the two deranged cult classics (Psycho and Dolores) but offers other daringly abnormal songs like Invisible Stripes, Prisoner Of War and The End Of The Line. The CD is illustrated by award winning German graphic novel artist Reinhard Kleist. His adaptations of H.P. Lovecraft and Johnny Cash have already proven his knack for the darker aspects of the human experience. Noack lived what he preached: his hardcore honky tonkin' eventually cost him his life. When some of those around him started sobering up, Noack kept smoking and drinking. He even wrote about it. Check out Sleeping Like A Baby (With A Bottle In My Mouth).

> As a companion item, Bear Family is issuing Psycho b/w Dolores as a limited 45RPM single with the Kleist illustration! 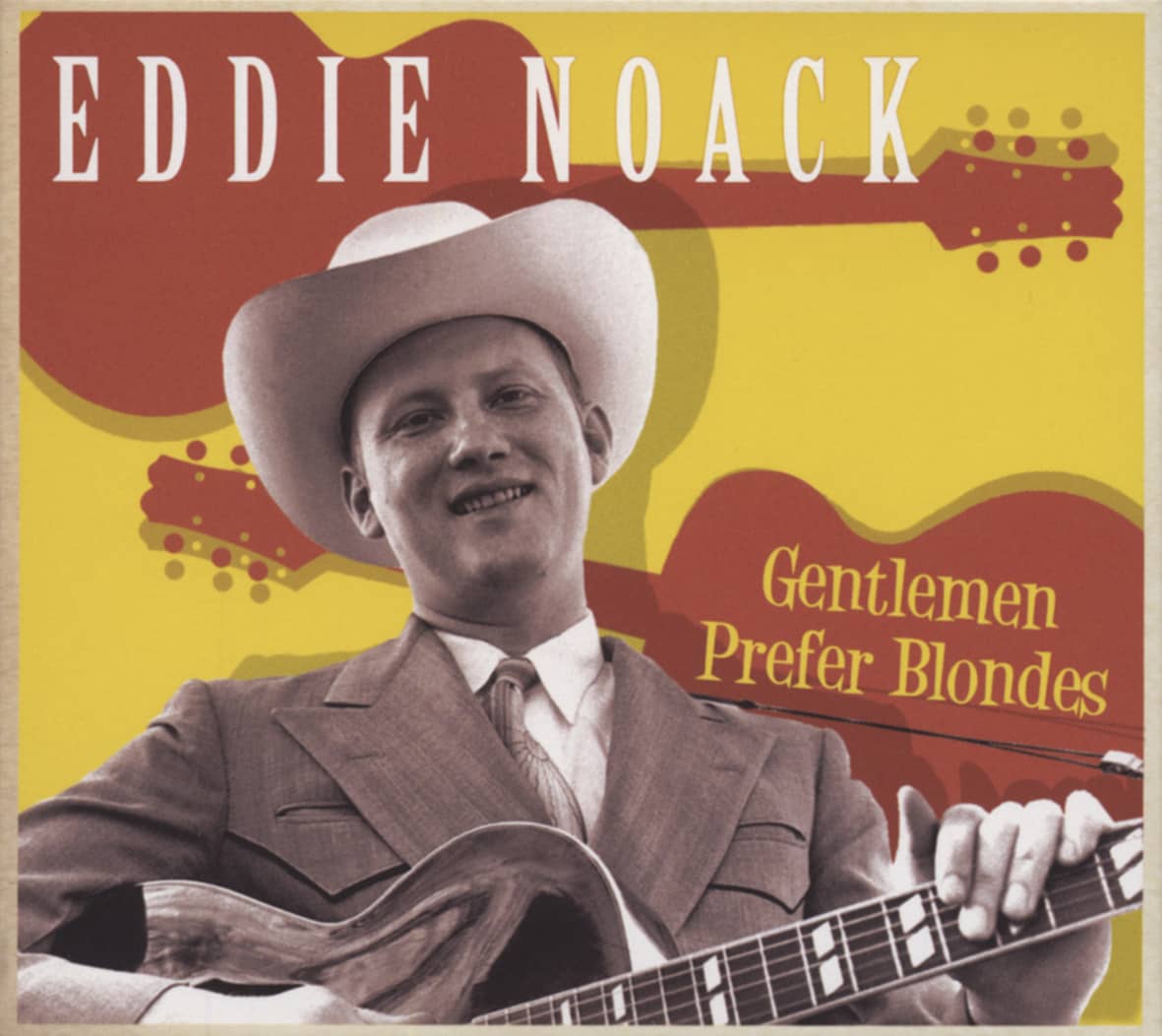 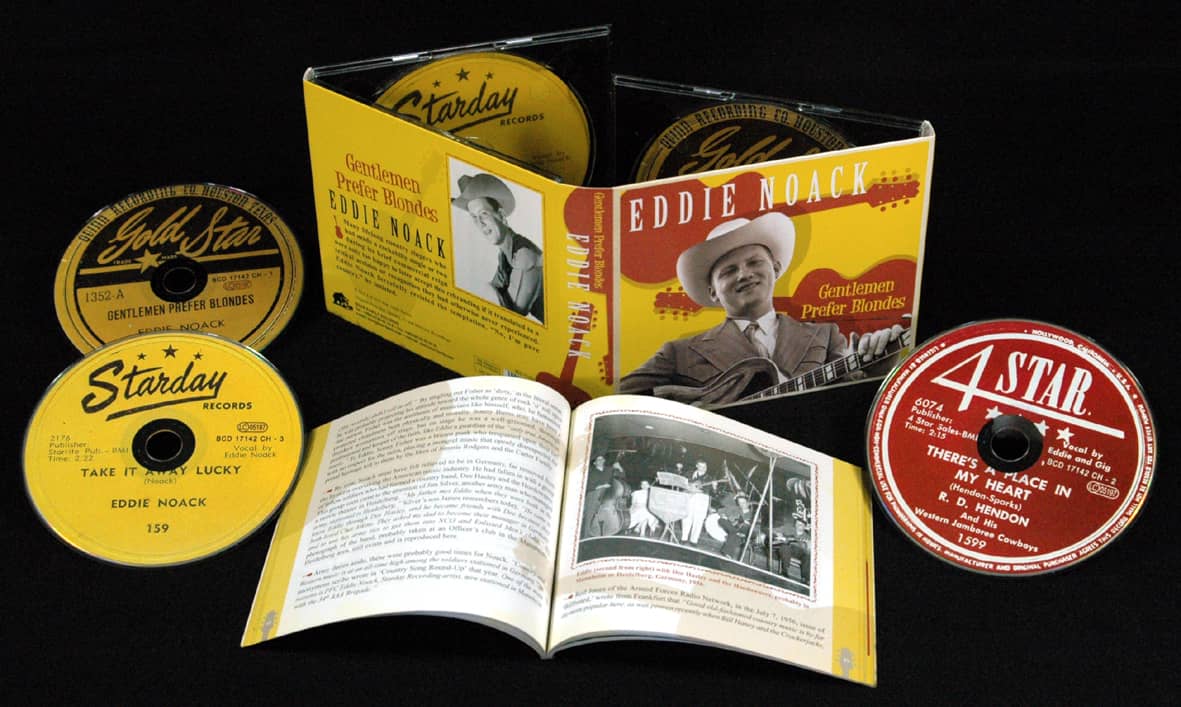 "Nothing about Eddie Noack reminds you of the archetypal hillbilly record star of another age," Millar wrote of their meeting. "Equipped with degrees from the University of Houston, he is witty and erudite, a walking fund of accurate stories." To his interviewers, the person and the persona were, at a glance, out of phase: how could the man who wrote archetypal hillbilly songs like Too Hot to Handle, Take It Away, Lucky and It Ain't Much, But It's Home not be an archetypal hillbilly himself? Noack had given them a clue when he defended his music as 'pure country': For his entire career, he had self-consciously styled himself as a country music artist out of emulation, not identification. He appreciated artists like Jimmie Rodgers, Hank Williams, Ernest Tubb, and Wilf Carter, but their life experiences had been quite different from his. Many country artists like Tubb had actually tried to smooth out their music, shunning the phrase 'hillbilly' as derogatory. But Noack was an idealist. His mission was to protect the integrity of country music and its roots, commercial appeal be damned. When he said that his music was 'pure country,' he meant that he had, early in life, sworn allegiance to a personal code. If somebody called Eddie's music 'hillbilly,' he accepted it as a compliment. Thus, the quiet pride that Millar had sensed was rooted in Eddie's conviction that he had stayed true to his code while nearly everyone else had sold out and allowed 'pure' country music to decay and die.

If Eddie Noack is an unfamiliar name I urge you to change that and buy this CD immediately, it's a gem and highly recommended.
Country Music People 9/13 Duncan Warwick 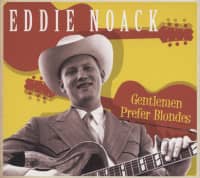 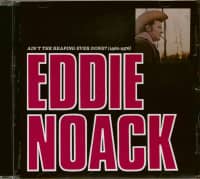