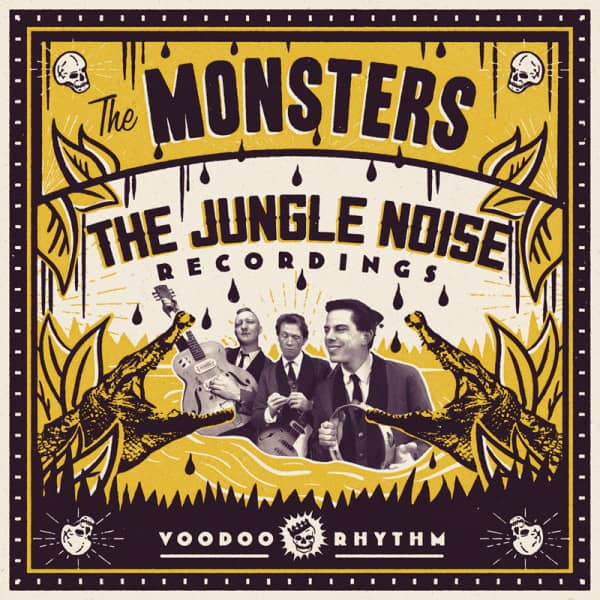 (2016/Voodoo Rhythm) 19 Tracks - DeLuxe Digipack - Recorded in 1994 With Robert Butler (Pantichrist) and Kat Allen (Reithalle Bern) this was the first Monsters album with electric bass guitar instead of an upright bass, and with a wall of TRASHED OUT FUZZ guitars, and it was a big turning point for the Band after releasing the more or less Psychobilly GARAGE oriented 'THE HUNCH (1991)' and 'MASKS (1989)' Yves (the Lead Guitarist) left the band and they shrank into a trio and Beat-Man added a FUZZ BOX and LEVEL 13 to the guitar, the whole band was fed up of the clean studio sound and decided to do everything themselves at home, rented a mobile recording machine (AKAI-1214) and recorded it in only 2 Days! Jungle Noise was original released by Germany s Underground Label 'JUNGLE NOISE' in 1995 as a 10inch vinyl album and some more tracks had been issued as 7inches on other labels. The Song 'It's Not My Way' was actually recorded for a Swiss Anti War Compilation, (STOP F/A-18) but it was not taken as too trashy for the producers. The song stayed unissued until today! This CD marks the 30th anniversary of the legendary HOME RECORDING SESSIONS 1994-95!