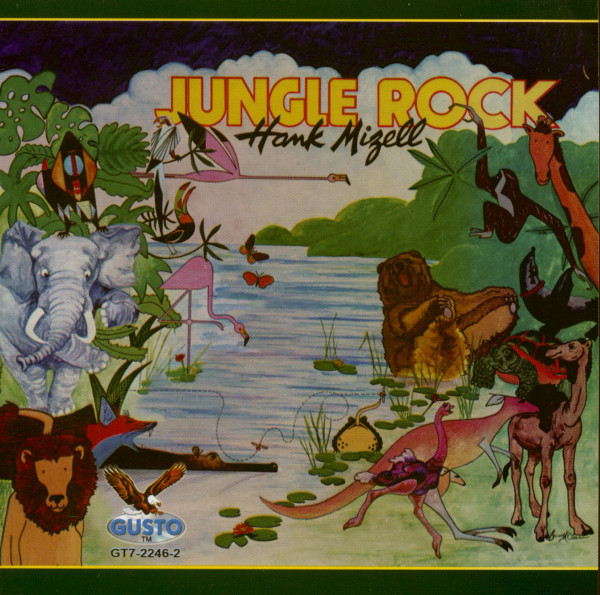 William Mizell was born November 9, 1923 in Daytona Beach, Florida. He served in the Navy during WWII. After his discharge, Mizell launched a career in music. He moved to Montgomery, Alabama and played in a band that included the now-famous guitarist Jim Bobo.

Mizell then started singing on a radio station and acquired the first name, "Hank," after Hank Williams, Sr. In 1958, Hank Mizell recorded "Jungle Rock" on the Eko Records label. The song never charted, but it received favorable reviews. The following year "Jungle Rock" was released on the King Records label, but the results were marginal. Mizell took a sabbatical from music in 1962, got married, and had four children. He then became a Church of Christ min-ister.

Almost 10 years passed when "Jungle Rock" re-emerged on a bootleg album overseas and gained some success in other countries. Charley Records re-released the song in the UK in 1976 and it hit at #3 on the charts. Then it became a giant #1 hit on the Dutch charts.
At age 53, Hank Mizell finally had a hit. In April of 1976, England's premiere music show, "Top Of The Pops," scheduled Hank Mizell to perform on the show. For some reason, Hank didn't show up.

The audience had to settle for a performance by the famous all-girl dance troupe, Pan's People.
It is considered to be one of Pan's People's classic performances. In 1997, The Fall released a
cover version of "Jungle Rock" on their album. For Hank Mizell, success on "Jungle Rock" finally came around, and it was huge.