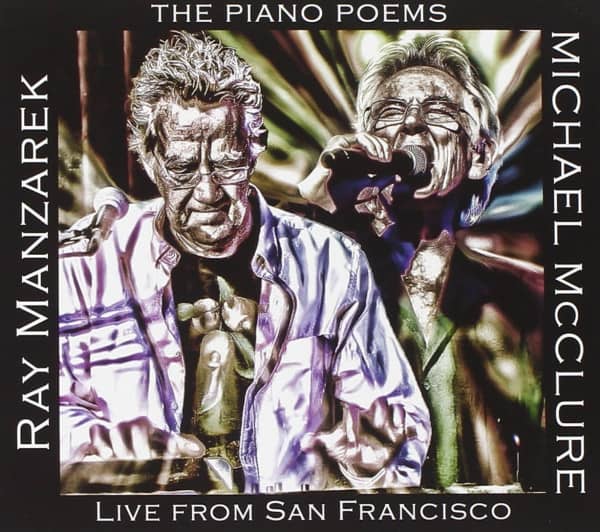 On a cold, foggy night in San Francisco after a great Japanese meal, Manzarek and I stepped onto the stage and there were sparks of consciousness — the stage was on fire with poems and piano Improvisations. The symbiosis and the synergy made lights. Then Larry Kassin stepped up to join us with his jazz flute and Lou Judson was recording. This is a live album with its heart still beating — no tricks, gimmicks, or second takes. We are bringing together my poetry and Ray’s improvisations that shape my word-sounds into richer meanings: Piano Poems.

That’s the edge we’re whetting on this album.