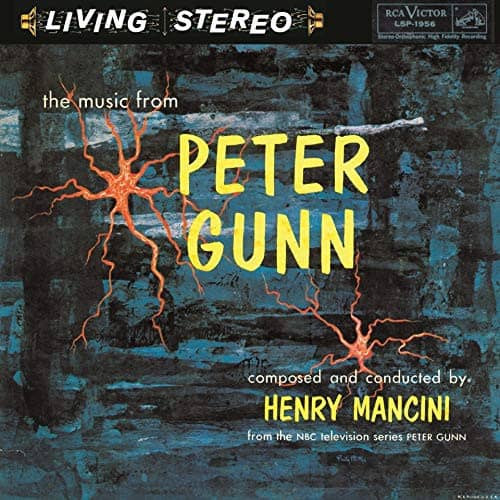 (Speakers Corner) 12 tracks
This is not only a great LP, but indeed a key work in jazz and pop history. Back in 1958, the series 'Peter Gunn' was the surprise hit of the new television season and captured the imagination of millions of viewers by mixing private detective stories with jazz. Composer Henry Mancini was more than adept at jazz and his music definitively cemented the popularity of this series.

The music is great: 'Session At Pete's Pad' features the trumpets of Pete Candoli, Uan Rasey, Conrad Gozzo and Frank Beach, while Barney Kessel's electric guitar takes centre stage on 'Dreamsville'. 'Sorta Blue' and 'Fallout' are full ensemble pieces that reflect the cool West Coast jazz of the time. In other words, virtuoso orchestral jazz at its best.