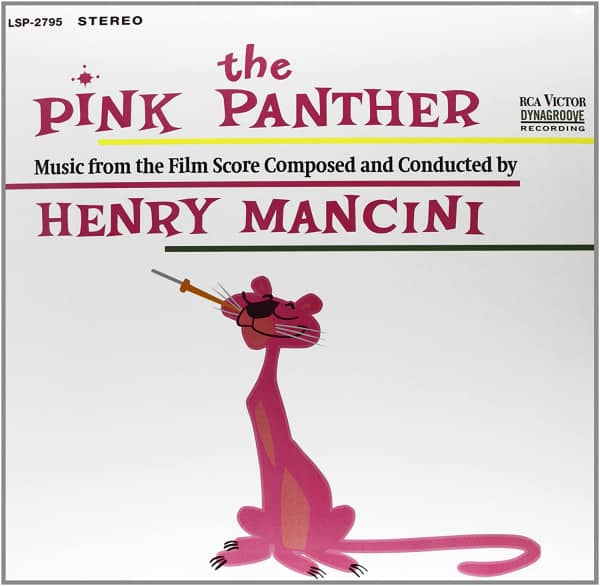 This product will be released at 31 August 2021

﻿Arguably the best supporting film to his crime comedy, director Blake Edwards created it himself by commissioning a young studio crew to make an animated Pink Panther feature. For the creative minds gave the eponymous coldly shimmering diamond the guise of the cool magenta-coloured feline, who leads his detective adversary around by the nose to the casually ambling sound of the Panther theme.

Mancini would not be Mancini if the cool, warm setting of Cortina d' Ampezzo were not immersed in a wide variety of musical colours and genres in the live-action film as well. His well-known affinity for the danceable lives in samba ('It Had Better Be Tonight'), shuffle ('Champagne And Quail') and cha-cha ('Something For Sellers'). But even the ballad, sung by stuffed trumpet and saxophone ('Royal Blue') or simply woven from key and string ('Piano And Strings'), is embedded in the plot. The accordion has the highest commemorative and enjoyment value, its melodies creating an atmosphere of bohemia, musette and Parisienne.

This music is never gaudy, but always subtle and, like the panther, moves safely and on silent soles. If you have now worked up an appetite, you will get an extra portion of Mancini with 'Breakfast At Tiffany's'.