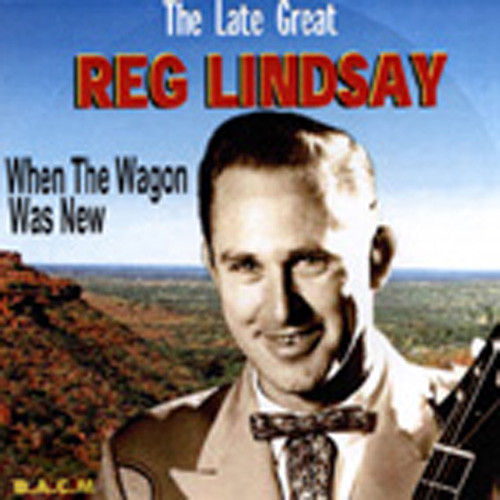 Reg Lindsay: When The Wagon Was New

Article properties: Reg Lindsay: When The Wagon Was New

Learn more about Reg Lindsay
Reg Lindsay Lindsay (born 1930) was one of the most popular Australian country singers of the... more
Close menu
"Reg Lindsay"

Lindsay (born 1930) was one of the most popular Australian country singers of the 1950s. Somewhat of a child prodigy, Lindsay shocked his parents by playing The Wheel Of The Wagon Is Broken on a harmonica when he was just four years old. He learned to sing cowboy songs from his father and took up mandolin and five-string banjo when he was still a boy. Lindsay listened to radio voraciously, admiring singers such as Canada's Wilf Carter and Australia's own Tex Morton. He landed a radio show in 1951, a program that would last for 12 years. Reg also compered the national TV program 'Country & Western Hour' in the late 1960s and into the 1970s. He toured extensively. In 1954, he married Heather McKean (Heather's sister Joy was already married to Slim Dusty), with the couple appearing together on programs featuring Dusty, Rick & Thel, and other Australian country music stars.  Lindsay's 40-year career as a performer lasted until 1994, when he was forced to retire from performing after suffering a cerebral hemorrhage and subsequent heart attack. At this writing he is in an aged care facility in Australia.

Reg Lindsay was known not only for his remarkable voice, but for his extremely skilled lead guitar playing. An excellent example of this is on the 1955 recording of Jimmie The Kid, Jimmie Rodgers' semi-autobiographical composition written along with Jack Neville.