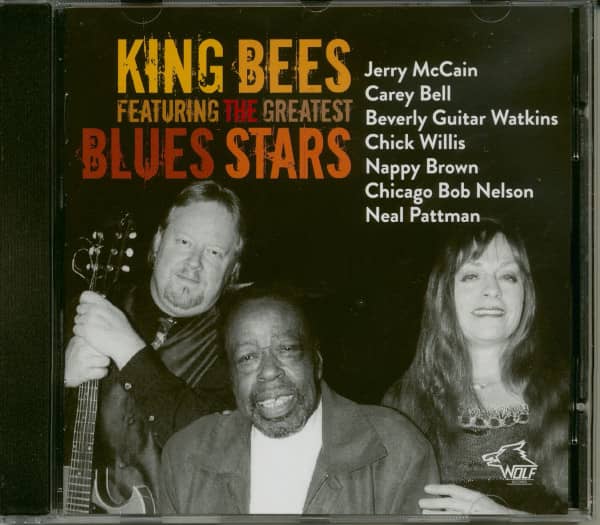 (Wolf Records) 11 Tracks
br> The King Bees In 1985 Rob 'Hound Dog' Baskerville and Penny 'Queen Bee' Zamagni, The King Bees, decided to quit getting their Blues education only from records and to go on a pilgrimage through the US South. Their quest was to find authentic Blues masters and to apprentice under them. They were soon on an expedition that became their life's work. Many Blues greats took them under their wing and guided The King Bees toward 'the sound'.

By 1990 they were touring and recording with their heroes. Over the years Bo Diddley, Nappy Brown, Carey Bell, Jerry McCain and many other Blues lions gave them the call to tour and record. Aware that they were in the company of historical and cultural treasures, The King Bees committed themselves to promoting and elevating their mentors through booking, recording, and festival production.