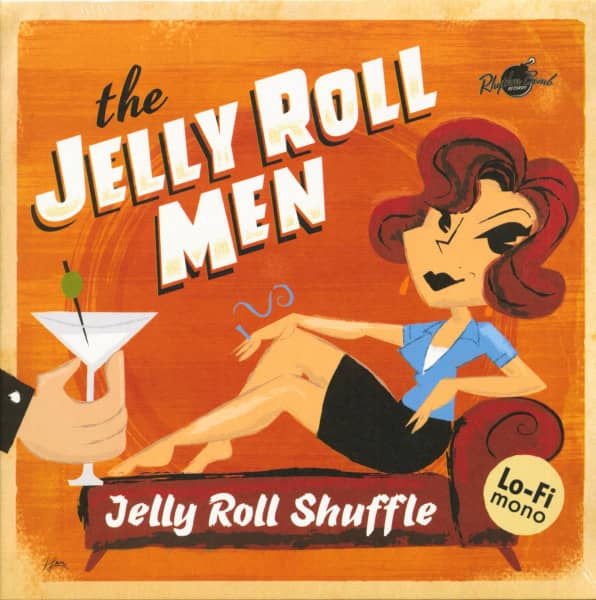 The Jelly Roll Men are on a mission. They want to the bring old-school blues to everybody out there. The band earned a solid reputation for being a great live act and a real crowd-pleaser. Make no mistake. In spite of their stage antics, these guys take their music seriously, they don't play old-school blues to be different, they play it because it's in their soul - and they are playing it just like it's like it's supposed to be played.
The band was started by the two brothers -Kent Erik and Thomas Grim Thorvaldsen- seven years ago as "The Nine Fingers Blues Band" until they recently decided to change their name to something a bit more appropriate for the style of music they play. They have worked with the likes Joakim Tinderholt, Tommy Moberg (Trickbag) and Ronni Boysen (The Kokomo Kings).
I also had the pleasure to play with them and -we did a little tour together - and I reckon they are a pretty solid combo and fun guys to be on the road with. They really sounded good playing my songs, but they sounded even better playing their stuff. I was truly humbled when they asked me to produce their debut record and be their musical "consigliere." I did not take this os a joke and I worked them hard for weeks before recording the album you are holding and even harder during the recording session.
Hard work pays off and I reckon I'm very pleased with the result. This album not only captures the spirit of all the great 1950's blues recordings. It also SOUNDS just like it!
Little Victor - Producer and Musician