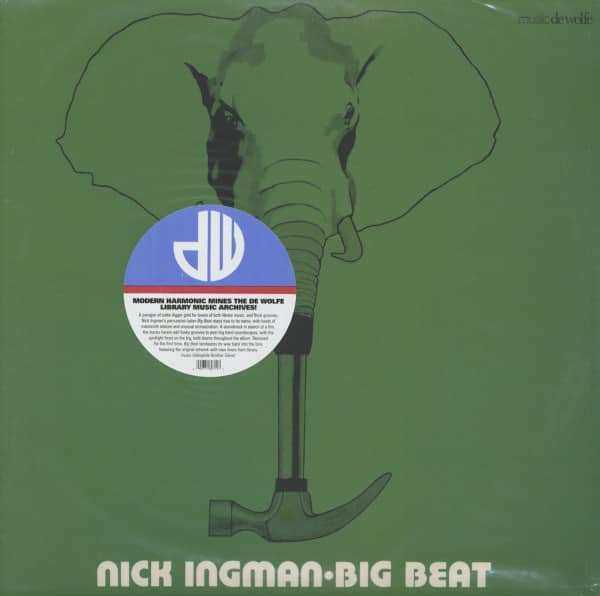 A paragon of crate digger gold for lovers of both library music, and thick grooves, Nick Ingman’s percussion- laden Big Beat stays true to its name, with beats of mammoth stature and unusual orchestration. A soundtrack in search of a film,the tracks herein add funky grooves to post-big band soundscapes, with the spotlight fixed on the big, bold drums throughout the album. Reissued for the first time, Big Beat lambastes its way back into the bins featuring the original artwork with new liners from library music bibliophile Brother Cleve!

If there is just one thing to be said about Nick Ingman’s quintessential Big Beat, it’s that there is truth in advertising - the beats are, indeed, very big. Released by De Wolfe Music in 1973, Big Beat is a soundtrack in search of a film. And that film is in one of the genres -action, adventure, crime and detective flix - that filled grindhouses, drive-ins and the airwaves during the 1970’s. As the 60’s Spy craze wound down, a more urban and violent type of entertainment drew crowds to screens. And the music, inspired by Lalo Schifrin’s scores to Bullitt and Mission: Impossible, added funky grooves to post-big band soundscapes.

Nick Ingman has had a long career - as a composer, arranger and conductor; he has worked alongside artists such as Blur, Oasis, Radiohead, Sade, and Madonna, as well as at the BBC. Big Beat is just one nugget from his legacy, but it’s certainly a big one.