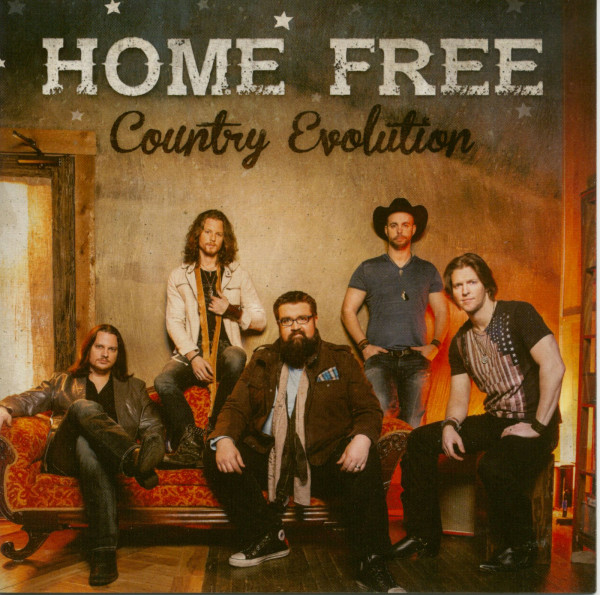 (2015/Sony) 11 tracks. 2015 release, the third studio album from Home Free, the country quintet and winners of NBC s The Sing-Off Season 4. The high-energy album featuring their trademark tight harmonies is produced by longtime collaborator Darren Rust, and features 11 tracks and special guests Charlie Daniels, Oak Ridge Boys and YouTube star Taylor Davis. Founded by brothers Chris and Adam Rupp during their college years in the early 2000s, Home Free had been perfecting their sound and show for years prior to NBC s The Sing-Off -performing together for packed crowds at major fairs, colleges and theaters. It was their experience on the road that carried them to a Sing-Off victory, building their fan base and bringing their homegrown country style into the national spotlight. For the five talented singers based in Minnesota, their win was a satisfying culmination of nearly a decade of hard work and commitment to their vocal craft.

Home Free competed in and won the fourth season of The Sing-Off on NBC in 2013. In terms of musical roles, Home Free is structured like a traditional barbershop quartet, with a lead tenor, two harmony voices, and a bass. The lead tenor, who fronts the group and sings most of the solos, is Austin Brown. Tenor harmony is sung by Rob Lundquist, baritone harmony is sung by Adam Chance, and Tim Foust sings bass. In addition to the four voices, percussion sounds are provided by beatboxer Adam Rupp. Although Brown is Home Free's primary soloist, all of the other members occasionally sing solos as well.