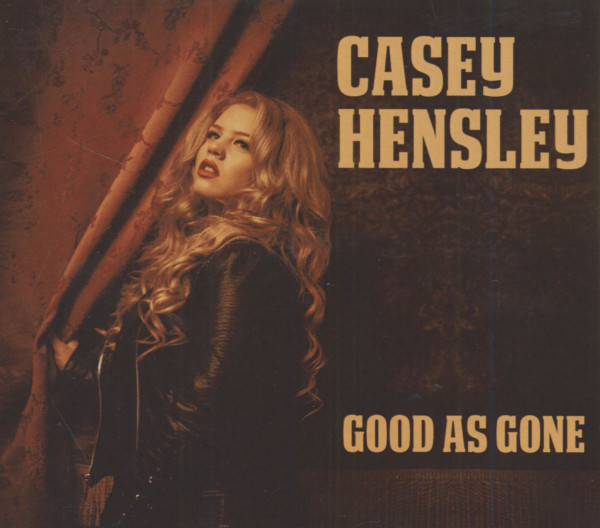 (VizzTone) 9 tracks, digipack
Good As Gone is Casey Hensley's first all original studio album, featuring tracks drawing from Rock N' Roll, Blues, Soul, and Swing, all highlighting Casey's jaw-dropping, dynamic vocals ' full of power, feeling, and finesse. Hailed as the Best Blues Act at the 2019 San Diego Music Awards and called 'a Rising Star' by the L.A. Times, Casey is a young woman who does not play by the rules, and creates music with 100% heart. Casey is paving her own way and laying it all out for the world to hear. GOOD AS GONE was produced by Casey Hensley and co-produced by Laura Chavez, who has gained worldwide recognition as one of today's best guitarists. The rest of the top-notch California-based band features Evan Caleb Yearsley on Drums, Marcos C. on bass, and Jonny Viau and Steven Ebner on horns.

All over California people have been talking about young 25 year old powerhouse vocalist Casey Hensley. Her talent and power are taking the Rockin' Blues world by storm. Surrounding herself with only the best musicans, and being heavily influenced by all of the greats, it is no wonder she has everyone talking. She will leave you hanging on every note and leave you wanting more.

Casey started singing on stage at 5 years old and in the studio at 9 years old. She had a talent even at such a young age, that everyone quickly recognized. She grew up listening to artists like Etta James, Aretha Franklin, Ella Fitzgerald, Janis Joplin, Otis Redding, Ray Charles, The Allman Bothers, Led Zeppelin, The Temptations, Freddie Mercury and many more. You can hear all of her influences in her voice when she takes the stage.

Casey Hensley has a voice that you can feel deep down to your core. She gives everything she has to her audience and with a world-class band behind her, she is committed to making the crowd feel something.

"Casey Hensley has what it takes to match the biggest powerhouse singers in Rock N Roll history!"- Boogie Magazine

“Casey is as BAD as they come!”- Earl Thomas

"She is a rising star"- Candye Kane 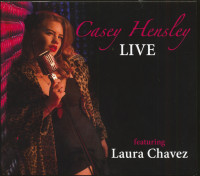