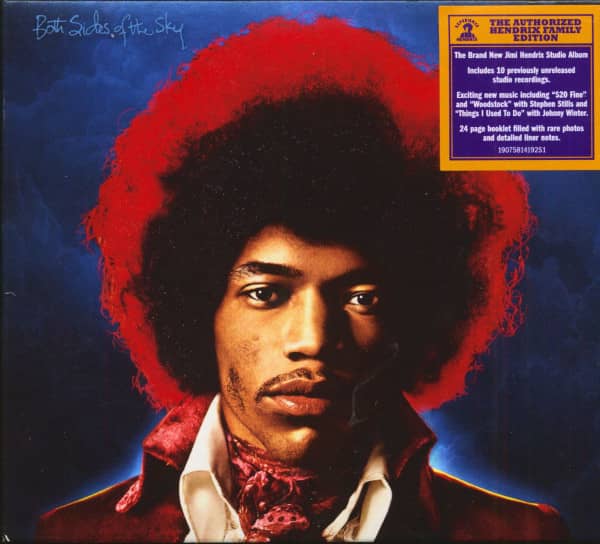 Jimi Hendrix: Both Sides Of The Sky (CD)

Music history from the Hendrix archives

That doesn't happen every day: With "Both Sides Of The Sky" there will be another posthumous album by Jimi Hendrix in 2018 with some surprises. This is the third and final part of a trilogy of archive recordings. So far "Valleys Of Neptune" (2010) and "People, Hell And Angels" (2013) have appeared. A total of 13 tracks are waiting for "Both Sides Of The Sky", which were recorded between January 1968 and February 1970.

A total of ten of these recordings have never been released. Many of the songs were written by the trio that later became known as Band Of Gypsys: Hendrix as singer and guitarist, Billy Cox on bass and Buddy Miles as drummer. In the song "Hear My Train A Comin'" the original line-up of the Jimi Hendrix Experience can again be heard: Hendrix, bassist Noel Redding and drummer Mitch Mitchell.

Other highlights of "Both Sides Of The Sky" include guest appearances by Stephen Stills, Johnny Winter and singer and saxophonist Lonnie Youngblood. Stills is in two tracks, a cover version of Joni Mitchell 's "Woodstock" and the song "$20 Fine". The complete tracklisting of the album can be found below. The record was produced by engineer Eddie Kramer, John McDermott and Jimi's sister Janie Hendrix.

Article properties: Jimi Hendrix: Both Sides Of The Sky (CD) 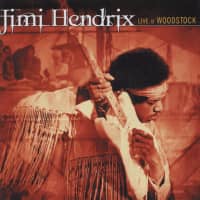 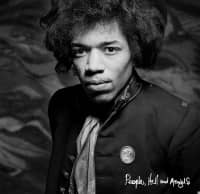 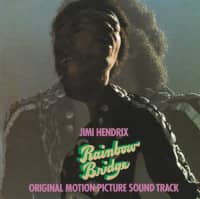 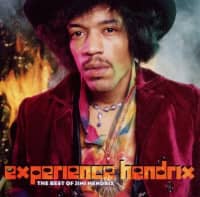