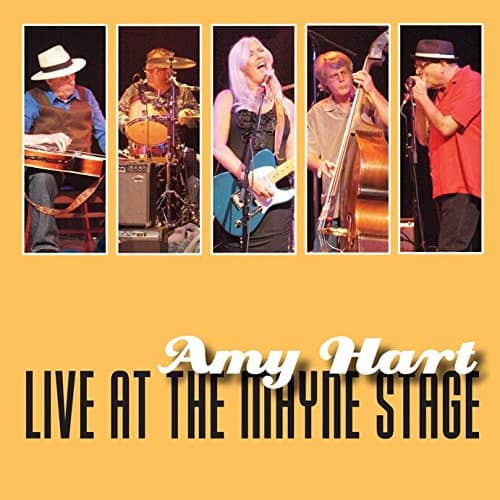 (2015/Vizztone) 12 tracks.
Recorded live on July 16th, 2014 at the Mayne Stage in Chicago.
Amy Hart - gtr/voc, Wally Hoffmann - bass, PT Gazell - hca, Gene Bush - dobro, Matt McDowell - drums.
Born and raised in Chicago, Amy Hart got her start playing and singing with with a West Side Chicago blues band.  Soon she was playing at Chicago clubs with Junior Wells, and opening shows for Koko Taylor and James Cotton. Since then, she has established herself as a wide-ranging musical force— a powerful singer, songwriter, and guitarist — and has been critically acclaimed everywhere from the Gulf Coast to L.A., Nashville, Kathmandu and back.