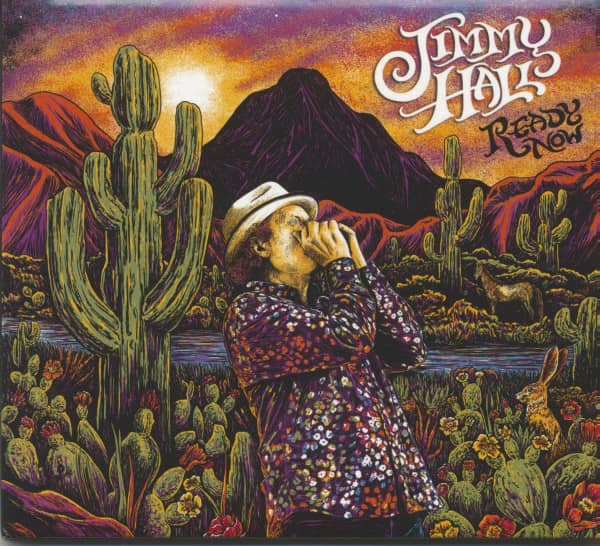 (Keeping The Blues Alive Records) 11 tracks, digipack
Highly anticipated album produced by Joe Bonamassa and Josh Smith. Released via Bonamassa's Keeping the Blues Alive Records.
Legendary singer Jimmy Hall releases Ready Now, his first new solo album of original material since 2007. Producers Joe Bonamassa and Josh Smith worked with Jimmy to create an album that does justice to his amazing career and talent.
Jimmy Hall first gained popularity as the lead singer, saxophonist and harmonica player for the band Wet Willie, hailing from Mobile, Alabama. His unique R&B-influenced rock 'n' roll and stage presence helped the group's song "Keep on Smilin'" reach the Top 10 on the Billboard singles chart in 1974.
After seven albums with Capricorn Records, Wet Willie moved to Epic Records and released the singles "Street Corner Serenade" and "Weekend." Both singles reached the US Top 40 and five other songs were placed in the Billboard Top 100.
His new album Ready Now is packed with memorable, amazing songs and performances and is a major milestone in a career full of highlights dating back to Jimmy's work with the legendary Southern rock band Wet Willie. Jimmy's vocals, harp playing and songwriting have never been stronger and more focused on an album that definitively defines his career.
From epic Southern rock songs like "Ready Now" and "A Long Goodbye" to the boogie and blues of "Girl's Got Sugar" and "Jumpin' for Joy," Jimmy's incredible voice takes center stage.
Backed by a top-notch band that includes Joe Bonamassa, Josh Smith, legendary keyboardist Reese Wynans, bassist Michael Rhodes and drummer Greg Morrow, Hall is able to give his all on the songs and performances. This is especially true on the song "Dream Release," which he co-wrote with his son Ryan Hall about his lifelong friendship with Gregg Allman.
Joe Bonamassa co-wrote five songs on the new album, including "Risin' Up," "Girl's Got Sugar," "Will You Still Be Here," "Without Your Love" and "Love For It." Bonamassa plays memorable guitar solos on "Jumpin' For Joy," "Risin' Up," "Holding On for Dear Love," "A Long Goodbye" and "Will You Still Be Here." Co-producer Josh Smith performs an exquisite guitar solo on "Girl's Got Sugar."
The album also features special guest appearances by legendary guitarists Warren Haynes and Jared James Nichols. Haynes plays a slide guitar solo on the title track, "Ready Now," while Nichols plays a guitar solo on "Without Your Love."

This product will be released at 24 February 2023 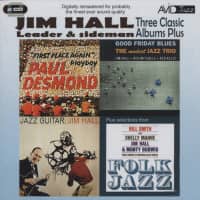