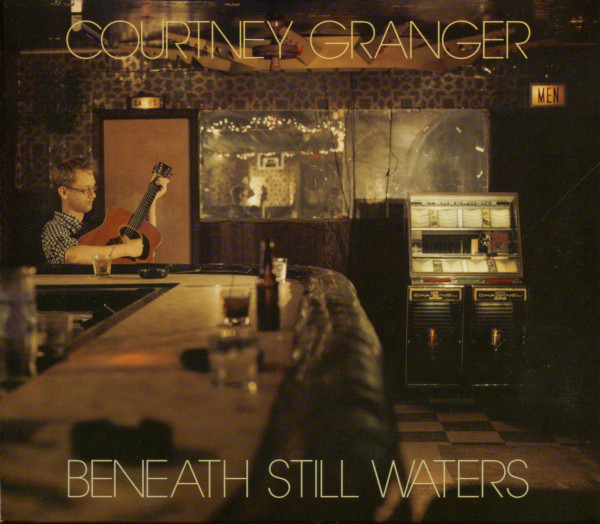 (2016/Valcour) 13 tracks (46:38) digisleeve. Recorded at The Cypress House, Parks, Louisiana.
& ,-
Courtney Granger lives in Lafayette, Lousiana. A master fiddler and extraordinarily talented singer, Courtney hails from the Balfa family lineage, which is evident in his powerful vocals and heavily Balfa-influenced fiddling. While for the past 8 years Courtney has been playing and touring full time with Cajun groups the Pine Leaf Boys and Balfa Toujours, Courtney has always had a deep affinity for and knowledge of classic country music. Featuring a master group of musicians and production by the renowned Dirk Powell, the long-awaited 'Beneath Still Waters' is Courtney's solo country debut.
& ,-
The Honky-Tonk Dance... was over. The crowd had left the room. A skinny kid walked up and pulled his cap down over his eyes. Dirk Powell grabbed an electric guitar, Mike Merenda sat back down at the drums and flipped on the mic. I was his only audience and I was nailed to the floor. This quiet young man slipped the bonds of performance and slid into one George Jones song after another as if he were living every word. How could he have known what those words meant, how could a life so young be feeling that much pain? I only knew I loved this young man with an old soul and that I HAD to sing with him. About five years later that came to pass.
It has been a joy to sing with Courtney and to sit in his audience and watch folks that hear him for the first time. You can see him moving them through a song with such conviction that they smile, cry, and cheer like they've just been baptized and feel "known" for the first time. That's how Courtney makes you feel—like he's saying, "I've got you, Babe. You're not alone in this world." And it doesn't matter what the words of the song are, he's got you. (Ginny Hawker)
& ,-
Courtney Granger -- lead vocals, acoustic guitar, fiddle
Christian Dugas – drums, vocals
Glenn Patscha – piano, vocals
Dirk Powell – bass, electric guitar, baritone guitar, acoustic guitar, mandolin, fiddle, vocals
Alice Gerrard -- vocals
Natalie Palms -- vocals
Laurie Lewis -- vocals
Jamey Bearb -- fiddle
Joel Savoy -- fiddle
Kevin Barry – steel guitar
Tom Rozum – mandolin, vocals
Christine Balfa, Amelia Powell, Sophie Powell, and Waylon Adams -- background vocals 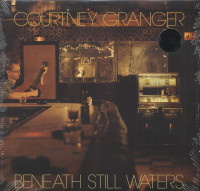 Tracklist
Granger, Courtney - Beneath Still Waters (CD) CD 1
01 Don't Put Her Down You Helped Put Her There
02 Mr Fool
03 Back in My Baby's Arms Again
04 Beneath Still Waters
05 Listen They're Playing My Song
06 Baby That's Cold
07 Warm Red Wine
08 Lovin' on Backstreets
09 What Are They Doing in Heaven Today
10 When a Man Can't Get a Woman Off His Mind
11 Dance with Me Molly
12 She Never Got Me Over You
13 My New Year s Today