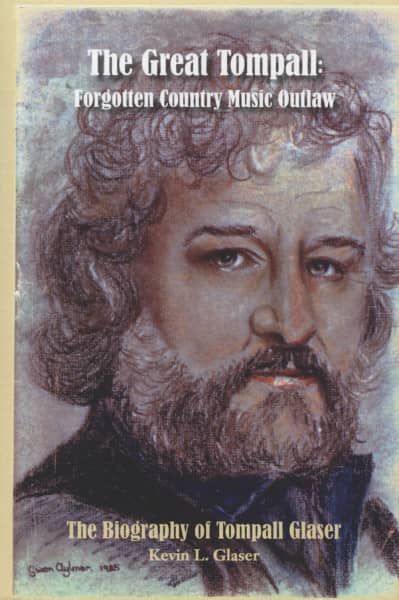 (2013/Right Side Creations) Kevin L. Glaser, English, Hardback w. dustjacket, 345 pages.
The Great Tompall: Forgotten Country Music Outlaw provides an in-depth look at the life of one of country music's least recognized - but most iconic and influential performers and business owners. Given unprecedented access to Tompall, this book tells his story through his own words and through the words of those who knew him best as the result of many lengthy interviews.In addition to providing never-before known information about Tompall, this book provides historical information about Nashville and gives a glimpse of what country music was like during the 1960s up to the 1990s. If you are a "classic" or an "outlaw" country music fan you will not want to miss out on this highly acclaimed gem.