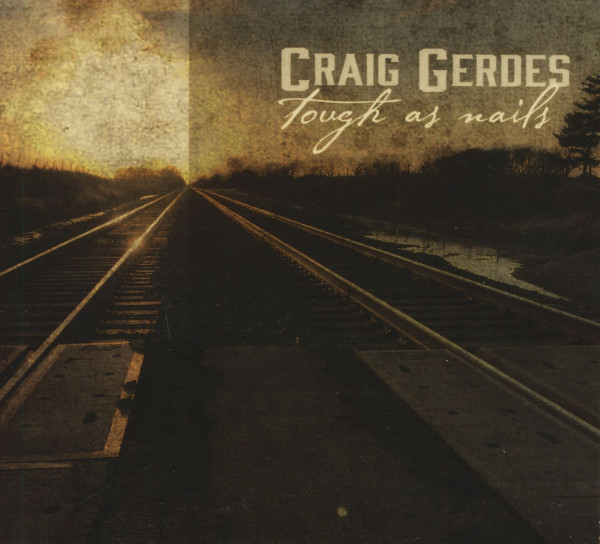 The latest CD by Craig Gerdes - raw and real, a document of a road-tested band that is rapidly gaining ground. Tough As Nails is a testimony to the fact that you fight for your ideals, take your punches and do your damnedest to keep going in the face of adversity.

Craig Gerdes is a singer whose voice is steadied by the legion of angels he believes watch over him. He tells stories at a Southern pace, with a soft voice and slow drawl. His new album Smokin, Drinkin, and Gamblin is full of outlaw country rug cutters, and ballads about strong heads and weak hearts. Fueled by nostalgia, his songwriting talent turns old habits into dependable crutches, and nurses the phantom pain of missing lovers.

Though he hails from rural Illinois, his sound is four-on-the-floor, old-school, San Marcos, Texas-style honky tonk. His work is reminiscent of greats like Leon Payne, George Strait, Jim Lauderdale and James McMurtry. As great songwriters often do, he spent time as a writer in Nashville, where he had some success, and learned that his songs were too country for the cosmopolitan elite.

"Redneck Sonsabitches" eloquently details the story of his Nashville experience, one that put him in front of great outlaw songwriter Billie Joe Shaver. Shaver laughed with him about the difficult road honest songwriters sometimes face on Music Row, and asked him if he'd ever been to Texas. Another man of faith, Shaver ensured Gerdes they'd meet again, and three years later Gerdes opened a show for him outside La Grange. The song he penned about it is a swaggerin' chicken-pickin' electric two stepper. The band careens through a tempo change where he namechecks Shaver, who told him "Son, I know just how you feel," before he remembers what record companies remarked about his work—"You long haired redneck sonsabitches are not wanted here in Nashville, Tennessee."

Gerdes began playing country music at the age of 10 in the band of his father, who, as a child, would crowd around the radio with his family waiting for the wind to blow in just the right direction so they could pick up the faint signal from the Grand Ole Opry. The songs his father loved—by country icons like George Jones, Merle Haggard and Johnny Cash—provided the foundation for Craig's work. By age 12, he was already a capable songwriter and musician. And by 16, he'd wandered from the narrow path. "In the same summer," he recalls, "I totaled my car, broke my best friend's neck, dropped out of high school, got arrested and got married."

A few years later, after a chance meeting with a Nashville band, Gerdes wound up living on Music Row. For a time, he literally slept on the floor of a studio where greats like George Jones and Jerry Reed had recorded, a place that's now a one bedroom apartment. "I was hoping to soak up some of that mojo," he jokes about harder times. While Gerdes was able to gain traction with a publishing company and even do some co-writing, his traditional songs just didn't fit in. After years of the seven-hour commute back and forth from his family in unincorporated Pattonsburg, Illinois. (pop. 348), every weekend, he decided to go his own way, leaving Nashville behind and returning full-time to rural life. During this point in his life, while Gerdes was on a hiatus from songwriting to concentrate on raising his kids, his 16-year-old cousin was killed in a car wreck. He was compelled to write again by an angel he believes is her. 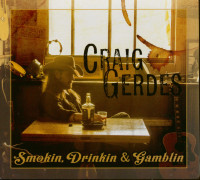